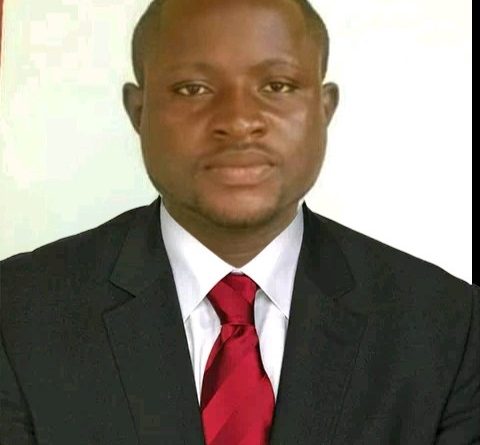 Your Excellency Governor AbdulRahman AbdulRazaq, you need to be conscious and not to play to the gallery by gladiators who pretend to electorates that you have directives to influence the pattern of voting to allow lopsidedness against equal participation of all LGAs which can guarantee clear winning to enhance success of AA at the poll.

I will urge the leadership of APC in kwara Central to quickly look into this problems that needs urgent tackling all in the name of directive. How come from the Senate, HoR down to House of Assembly, we only have a credible election which is that of Ilorin East State house of Assembly?

Now my question is who are the Masquerafe giving the satanic Directives? Because it’s a big dissapointment for a whole Party State Secretary Alh. Mustapha Ishowo calling other Aspirants to step down at the day/eve and venue of election while already waiting for party elections officials that came from Abuja all in the name of directives.

I foresee disaster in APC come 2023 if things went this way in Kwara State most importantly in ASA LGA.

We can all agree that notwithstanding the stress and concerns of the present, we all will be happier if Kwara was a much better state with regard to the wealth of the State, the well-being of her people, her position in the Country.

It is of course now very clear that the great future anticipated by the “OTOGE GLADIATORS” that future of our people foresaw when we voluntarily demanded for freedom from Saraki Slavery Camp under the banner of hopeful sovereignty, will be greatly diminished by your very acts or inactions. Today Kwarans are certainly afraid of its future which lays before her with sombre challenge.

It will be a great mistake to disregard the need to have an urgent conversation on Kwara and her government. Undoubtedly governance is really at the heart of our anxiety as a people. The centralization of political power in a LGA than other appears to have endangered our confidence, shattered our faith and weakened our belief in one Kwara of one people under God, it has also not achieved the necessary political mechanic required to build the State we want, desire or deserve nor has it in fact enhanced the brilliance and intuition of our people for Kwaran’s greatness.

To the contrary, centralization of power, will appear to have obscured and eclipsed the promises of democracy, the prospects of development and growth in all ramifications. It appears to have also diminished the value and Dividend of Democracy and even our civilization.

A nation should be strong enough to review her past, assess it properly and sincerely, cast honest and proper judgment that will compel proper decision and action for her future happiness. Such review often helps to redeem the past by freeing today from its burden ordeals, harshness and pain.

In my view such review, also has a great possibility to renew, reshape and even re-order a nation-state and make it stronger and deeper.

Much has been proposed in recent years to increase the illumination of the dim light of peace, progress and good government. In my view these propositions are mere adventures when we think deeply about the foundation of our State neuroses that appear to be getting bigger, more complicated and more terrifying every new and passing day.

We can certainly learn from some State that share with us the beliefs of democracy and freedom.

2. Who is even your Best friend, is it those who are after your downfall or those who are ready to sacrifice there last breath for you?

3. With the present situation are you really ready to bring our people out of bondage or to forcefully oppress them with your imposition of money bags who have no mark of investment or business in Kwara State prior to this elections?

Finally if you bring down the house struggled to built by our Otoge gladiators we will never forgive you.