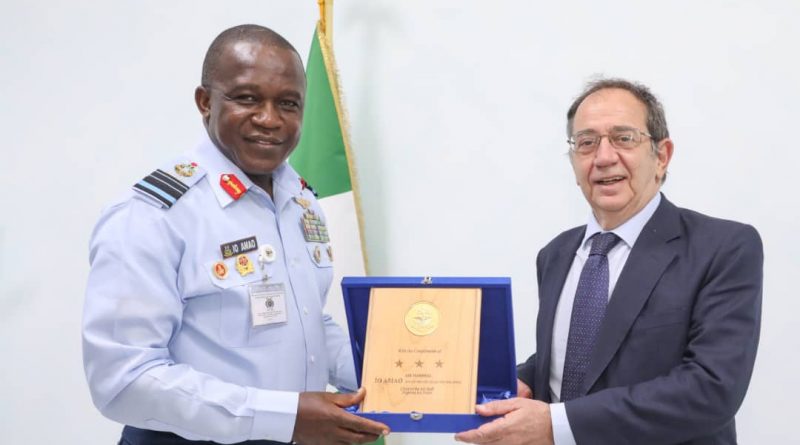 As the Armed Forces of Nigeria (AFN) continue to record considerable successes in counterinsurgency and counterterrorism efforts, the Nigerian Air Force (NAF) is set to partner with the Spanish Government in the areas of platform acquisition, training, air operations, intelligence sharing and capacity development in imagery analysis.

This was disclosed today, 23 March 2022 by the Chief of Air Staff (CAS), Air Marshal Oladayo Amao, when he hosted the Spanish Ambassador to Nigeria, His Excellency, Juan Ignacio Sell at the Headquarters NAF, Abuja.

The CAS noted that developing bilateral and multilateral partnership when the Nation is faced with myriad of security challenges has become expedient due the global nature of terrorism and its attendant negative impact on the citizenry.

This, according to the CAS, has led to population dislocations especially in Northeast and Northwest Nigeria which has been exacerbated by forced migration and socio-economic upheavals.

He then went on to state that a partnership with a developed Nation like Spain would enable the NAF take advantage of the numerous technological competencies available to address some of the technical challenges the Service currently faces especially in intelligence gathering.

Speaking further, Air Marshal Amao stated that the NAF and Airbus of Spain were currently in talks to explore opportunities that could be available for the NAF to tab into, all with the hope of enhancing NAF’s aircraft holding.

“If our interface with Airbus of Spain is anything to go by, I am hopeful that the outcome would go a long way in adding value to our current efforts in all our theatres of operation”, he said.

Earlier, His Excellency, Juan Ignacio Sell, noted that his visit to HQ NAF, which is the first to any of the Services since assuming office in December 2021, is indicative of the high regard and respect he has for the NAF in view of the critical role it plays in keeping all Nigerians and residents of Nigeria safe.

He disclosed that his country was willing to provide bespoke solutions that would support the various operations of the NAF.

Mr Jaun also expressed his Country’s preparedness to further deepen partnership with the NAF by posting a Defence Attaché to the Spanish Embassy in Abuja to enhance bilateral interface in terms of defence and security collaborations.

This step, according to Mr Sell, would aid in further improving on the existing cordial relationship between Nigeria and Spain built over the years.

His Excellency, Juan Ignatio Sell, has been a member of the Spanish diplomatic service since 1989. Between ‪20-2017, he was the Spanish Ambassador to South Africa with accreditation in Madagascar, Lesotho, Mauritius and Comoros. 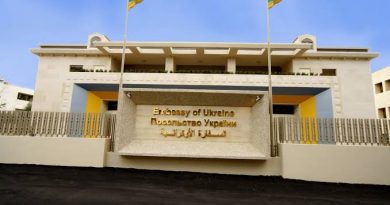 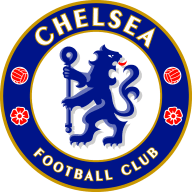