The governor who made the disclosure while briefing the federal government delegation including Defence Minister and Service Chiefs, said the school has a total population of 839 students before the incident happened.

“Based on the available record we have, we are still searching for 333 students through either the forest or their parents to ascertain the actual number that has been kidnapped.

“We are still counting because more are coming out from the forest and we are calling through the numbers those parents that have phone numbers to find…
[7:15 PM, 12/14/2020] Alfa Tebishe Alabidun: ISWAP Gets New Terror Leader in Lake Chad

The Shura Council of the Islamic State of West Africa (ISWAP) has appointed one Aliyu Chakkar as its new ‘Governor of the Lake Chad’.

Sources said he replaced Goni Maina who was eliminated by Nigerian troops at Sabon Tumbu early this month.

PRNigeria gathered that further aerial bombardments at Ingilwa, Tundun Wulgo, Jubularam and Abbaganaram fridges of the Lake Chad led to the elimination of many terrorists.

Accompanied by Mohammad maluma, Ali Hussaini, and Ali musak all high ranking ISWAP Commanders, Chakkar was led to meet with Ba-Lawan the ISWAP Leader in KAYOWA (ISWAP Headquarters), who handed over the mantle of leadership to the new Governor.

The new leader, according to intelligence sources, established his command base at Doron Buhari located between Kirta North and Bakkassi East 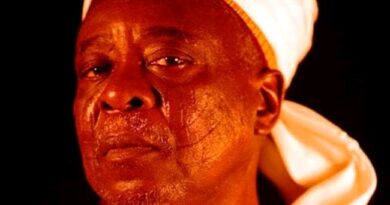