The Governor of Zamfara State, Bello Matawalle, has accused some unnamed traditional rulers of sabotaging his government’s peace efforts in the state.

The governor, at a meeting with the heads of security agencies in the state on Thursday, said the traditional rulers were not playing their expected roles in the fight against banditry.

He said this has led to the recent deterioration of insecurity in the state.

The meeting was also attended by religious clerics, traditional rulers and journalists at the Government House in Gusau.

Mr Matawalle said some traditional rulers were aiding the illegal activities of outlawed vigilante groups in their domains, which he said was provoking reprisal attacks by bandits.

The governor also condemned a statement by the chairman of the state’s traditional rulers’ council, the Emir of Anka, Attahiru Ahmad, in which he challenged the state government to allow citizens to bear arms for self defence, since the government had failed in protecting the citizens.

The governor said “it is discouraging to have a respected personality like the state chairman Council of Chiefs to grant an interview with journalists to challenge the efforts of the government and security operatives.”

Mr Matawalle said security is a collective responsibility and not that of the government alone.

He said if the residents and traditional leaders are not interested in his administration’s dialogue with the bandits, he would withdraw from it.

Responding, however, Mr Ahmad said he was quoted out of context.

He said he only appealed to the authorities to protect citizens across the country.

In October 2019, a committee set up by the governor to proffer solutions to banditry in Zamfara said some traditional rulers were colluding with bandits, and recommended to the governor to dethrone them.

The committee, headed by a former Inspector-General of Police (IGP), Muhammad Abubakar, also disclosed the bandits had collected over N3 billion as ransoms from families of abducted persons in the state.

While receiving the report, the governor promised to implement the recommendations of the committee.

“I would like to make it clear that personal relationship, sectional, geographical, religious and ethnic interests will have no role to play in the decision l will take with regard to recommendations of the committee, especially those that relate to the recommended sanctions and disciplinary measures,” Mr Matawalle said.

Years later, the governor has not implemented the major recommendation of the committee which was sanctions against those indicted in crimes across the state. 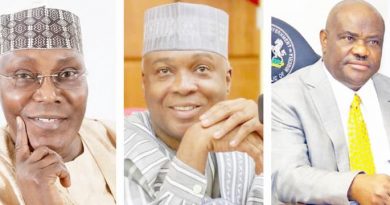