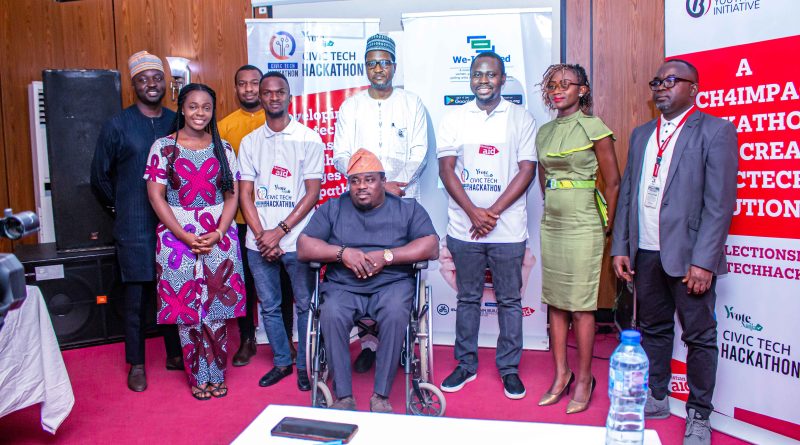 The Brain Builders Youth Development Initiative, BBYDI, has developed an application called Wi-App to aid in electoral processes, provide necessary information, and assist individuals with disabilities during the general elections.

Olasupo Abideen, the Global Director of the group, stated that the application, which is on the “Yvote Naija Project” platform, is fully funded by Christian Aid, a development and relief agency.

Abideen noted that the organisation aims to combat voter apathy in Nigeria by promoting fair elections, and encourages citizens to use their right to vote to bring about change in the country.

According to the BBYDI global lead, Nigeria, since return to democracy in 1999 has witnessed massive voter apathy because of electoral malpractices.

“To change the narrative, the group decided to channel its energy to the electoral process by ensuring that Nigerians use their decisive tool to change the story of the country,” he noted.

“The courage to change the things that can be changed has been our advocacy for years.

“Yvote Naija which means, Why Should You Vote, Najia, is yet another intentional effort in this direction.

“Our missions are to educate voters on the importance of election and the electoral cycle, facilitate the registration of voters and mobilise them to exercise their rights.

“During elections, we also employ technology to track the voting process and engage in fact-checks to debunk misleading information,” he said.

Abideen added that through the App, Nigerians can locate their polling units without difficulty and also find relevant information before, during and after the elections.

“Through the WI-App, users can quickly find and locate polling units that are accessible and inclusive to guide them and encourage them to vote.

“Wi-App creates a safe platform for women, young people and PWDs to engage in electoral conversations and find information that motivates them to participate actively during elections.

“Wi-App provides a live map feature that can direct all users to their polling units,” he added.

Giving details of the App, Obasanjo Fajemirokun, the founder of WI-APP, noted that the application was out to reach out to two million users during the elections.

“More than 29 million of Nigeria’s national population live with a disability according to the World Health Organisation, 2018.

“Also women and youths have been contending to participate effectively in politics over the years and there are a lot of barriers faced by them.

“Such as misinformation and low access to electoral information, among others,” he added.

Dr Inuwa Kashifu, the Director-General, National Information Technology Development Agency (NITDA), appreciated the group for their efforts at improving the electoral process of the country.

Kashifu, who was represented by Dr Salihu Abdulkareem, added that the agency would continue to partner with the group to ensure that technology is used to simplify electoral processes in the country