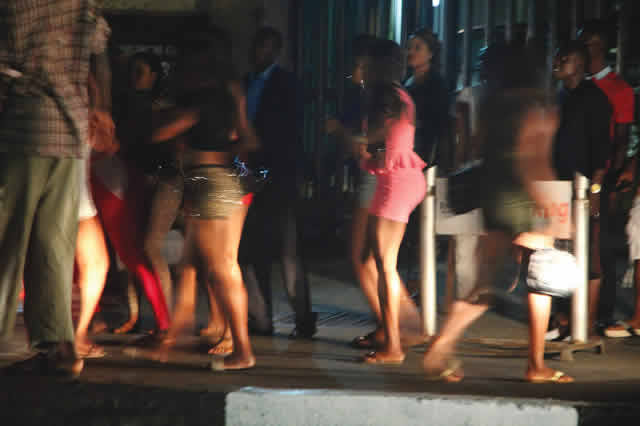 Inside Life: The Bittersweet Story of ‘Hookup’ Babes in Niger State

It was a mixed-moment of discipline and temptation for WikkiTimes’ Hamzat Ibrahim Abaga and Yakubu Mohammed when they visited cash-strapped ‘hookup’ babes (prostitutes) in their open market in Niger State. May your discipline never be tested before these sultry damsels!

City Gate, a popular roundabout in Minna, the capital of Niger State is fast becoming an open industry for monetised sex. And men of different ranks heedlessly devoured them — the elite politicians, hustling motorcyclists… even ‘kidnappers’ — inside life, such is life.

Clad in her attractive attire with a mini veil, Khadija, a 28-year-old native of Osun State, was standing isolated from her colleague, each jostling for sex-starved men with tokens.

A ‘quickie’ session possibly ran through her mind when a nearby garden, ‘Magartakada’, was suggested by one of these reporters.

“You get room there,” she asked in Pidgin and the reporter answered in non-placet.

The pain, purpose and pleasure

Now at Magartakada garden, Khadija tell her story as she sips energy from a bottle of Fearless drink. Though nothing goes for free, but with her identity protected, she told WikkiTimes the pain, purpose and pleasure of hookup.

“Prostitution or hookup, whichever way someone may call it,” she exclaimed. “Is not what I enjoyed doing. It is a way of paying my bills… To some of my colleagues in the act, it is purposeful and to some it is done for pleasure.” She hopes to stop, “but only if someone can help me with a job.”

“I feel ashamed of myself doing this job,” Khadija said, though less remorseful. “Whenever I have N5,000 in my account you will never see me here looking for clients to f*ck me for money. I will manage the money and stay indoors for some days.”

“That’s how I declined that I’m not interested in the deal anymore and he drove off,” Khadijah added.

“But there is this particular lady among us, she is financially stable. I know her personally but there is no single day she will not come to the junction,” she said. “Recently I have noticed among us new teenage faces striving for clients at the location. It bothered me alot seeing such little girls venturing into such business, it is sad and disheartening. This business is not a good one and I don’t enjoy doing it. It hurts me when I see little girls bringing themself into it.”

These girls make money. However it depends on who and what they get.

Somedays are really bad, but for *Maryam, it is too often. She believes she is too unlucky, yet she would not quit despite escaping a ritual attempt from a client who just wanted a cut from her skinny flesh.

“On one faithful night, a guy came with a private motorcycle,” she recalled. “We settled for N4,000 for a short time and he took me away on his motorcycle.”

“We went as far as after T-mama, off Mandela road and after getting to a quiet and bushy area, he stopped his bike, removed a jack-knife and started stabbing me,” Maryam narrated, adding she was with an iphone 6plus and N20,000. “He said he did not want all that, but my flesh.”

How she escaped remain a rhetoric only Maryam can tell. “I struggled to escape with wounds and blood stains,” she told WikkiTimes.

The following week, she was victimised again

“A guy dressed in military trousers and a casual top came to pick me up for a whole night which we settled at the rate of N10,000. “On getting to the lodge, I saw him with a bottle of soft drink which I sipped but not knowing it was mixed with some concoction and that was how I lost consciousness and he used me the way he wanted and left me in the hotel room. I could not regain myself until around 1pm the next day when the hotel attendant came to wake me up.”

Khadija believes God always saves her perhaps because “I always recite a verse in the holy Qur’an,” she said. “I read Suratu Kauthar before home regardless of where i am going to.”

But she often gets into trouble which she believes are minimal compared to her colleagues. “My challenge at times is when clients refuse to pay as agreed,” she said. “I have not faced the problem of kidnapping and other big challenges.”

“Yes, kidnappers also patronise us,”she affirmed. “There was a day a man came with a navy-blue Matrix car, asking me to go and spend three hours with him in his hotel room. I entered his car, after he agreed to pay me 5,000 per hour. But as our discussion unfolds, I turn my face towards the back of the car and I notice a lady lying down unconsciously in the back seat. I asked him who she was and whether we were going to the hotel room together. But he responded that I should not be worried, saying he will drop her somewhere.”

It is sad that the little they earn with their body, hoodlums often invade them and take their share. The careful ones among them like Khadijah avoids later hour operations.

As part of the effort to tackle surging insecurity in Niger Sate, the Abubkar Sani Bello-led government banned activities of commercial sex workers in Minna metropolis.

The Permanent Secretary, Ministry for Women Affairs and Social Development, Hajiya Kaltum Rufa’i, said the government was unaware of such unwholesome activity capable of fuelling insecurity in the state.

She said there are state laws against such activity, and the government would investigate it to stop the ugly trend.

Northern states including Niger State that recognise Islamic penal code, frown at prostitution. Also In southern Nigeria, the activities of pimps or madams, underage prostitution and the operation or ownership of brothels are penalised under sections 223, 224, and 225 of the Nigerian criminal code.

Even though Nigerian law does not legalise commercial sex work, it is vague if such work is performed by an independent individual who operates on his or her own accord without the use of pimps or a brothel.

Within Nigeria, the most common form of sex work is found within brothels or residences of sex workers. A steady rise in young students and unemployed graduates who use sex to earn income and acting as part-time prostitutes or call girls or sometimes called hookup girls are changing the strategies used by sex workers.

Sex workers in Nigeria are trained by an older professional or pimp prior to commencement on the job. This include training lessons concern how to deal with a difficult man, Sexually Transmitted Disease and self-defence. Numerous sex workers had limited information about STDs and a majority mentioned they did not utilize a clinic for treatment. Although, there is no official data to show the prevalence of STDs in Niger State. 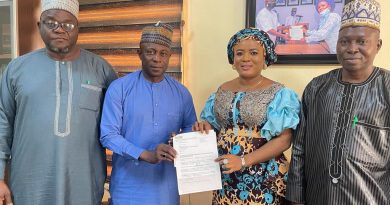