Kwara State Governor AbdulRahman AbdulRazaq on Friday congratulated four Kwarans who were among the 110 honoured by the National Youths Service Corps (NYSC) for their meritorious performance during their service year.

The four, like the remaining award winners, have also been offered automatic employment and scholarships for their postgraduate studies by President Muhammadu Buhari.

“His Excellency the Governor is very proud of the quartet who have brought honour and pride to the state on account of their meritorious service to our fatherland and their impacts on the host communities where they served. He commends them for being great ambassadors of their respective families and the state,” according to a statement by Chief Press Secretary to the Governor Rafiu Ajakaye.

“Similarly, the Governor said the footprints of the former NYSC members in the host communities and the sweet memories they left behind again validate the scheme as a veritable instrument of national cohesion and development which should be strengthened and supported to deliver much more.

“The Governor urges the Kwara awardees and their contemporaries across the country to keep the flag flying. That they were nominated for — and won — the President’s NYSC Honours Award from the midst of tens of thousands of others shows that there is always a reward for good conduct, hard work, dedication, and patriotism, which the awardees exemplified in the course of their national service.

“On behalf of the people and Government of Kwara State, His Excellency also congratulates the families of the awardees, especially their parents and or guardians. He sincerely wishes them the best that life can offer great ambassadors of our country that they really are. He once again commends them for this feat.” 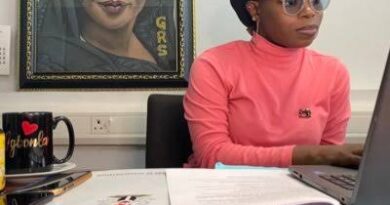