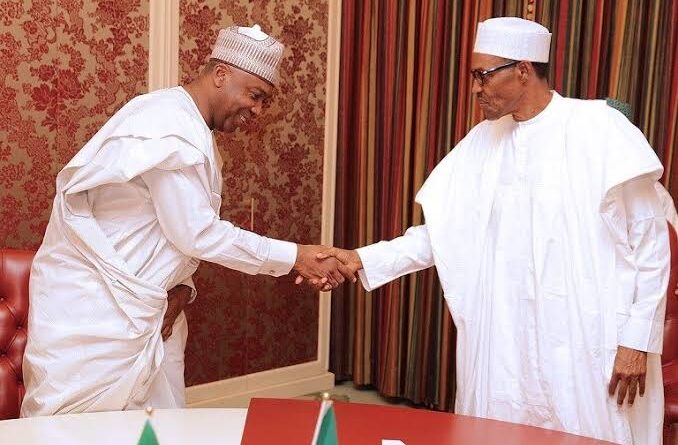 During a meeting with state PDP executive members in Gusau, the capital of Zamfara State, Baraje claimed that President Muhammadu Buhari’s administration had taken Bukola Saraki to court five times and that he (Saraki) had won each case.

“Bukola Saraki had used his resources, time and energy to ensure that president Buhari had won 2015 presidential elections.

“However, after winning the election, President Buhari persecuted Saraki by spewing spurious allegations against him,” he said.

He assured the executive members of the PDP in Zamfara State that the illegal removal of the state’s deputy governor, Barrister Mahdi Aliyu Gusau, would never see the light of the day and his mandate would be restored.

He said Saraki is set to become the next president of Nigeria, adding that his ambition would be achieved through the tenacity, courage, hope and hard work of the PDP supporters across the nation.

“The persecution of PDP members in Zamfara State or any other part of the country won’t stop us from pushing ahead to reclaim our mandate and this is what is giving the APC administration nightmare,” Baraje said.

In his remarks, the executive chairman of PDP in the state, Col Bala Mande (rtd), said Saraki’s exemplary leadership qualities can’t be dismissed with the wave of hands even as he vowed to work to ensure that the party succeeds at all levels of governance.