On 7 January 2021, troop of Operation LAFIYA DOLE came in contact with some BHT elements while conducting clearance operation on their enclaves between Goniri and Gorgi in Gujba and Damaturu Local Government Areas of Yobe and Borno States. Accordingly, troops engaged the terrorists and neutralized several of them, while 10 gun trucks were recovered by the troops. In another development, on 9 January 2021, troops of the newly launched subsidiary Operation TURA TAKAI BANGO had contact and engaged some marauding BHT criminal elements at Gujba Local Government of Yobe State. During the encounter, 28 terrorists were neutralized and several others escaped with gunshot wounds, while one gun truck and several arms and ammunition were recovered. Similarly on same day, troops had an encounter with some BHT/ISWAP terrorists at Gonan Kaji Village along Damaturu-Buni Yadi Road in Yobe State, during which 30 terrorists were killed in contact while caches of arms and ammunition were recovered by troops. In same vein, on 10 January 2021, troops had contact and engaged with some marauding BHT elements at Kafa Village in Damboa Local Government Are of Yobe State. During the encounter, 6 terrorists were neutralized and a gun truck and several weapons as well as equipment belonging to the terrorists were destroyed.

In the North Central zone, troops of the Armed Forces of Nigeria have continued to intensify ongoing kinetic operations to decisively stamp out armed banditry and other criminalities. Notably, on 7 January 2021, following actionable and credible intelligence, troops of Operation WHIRL STROKE successfully carried out a daring rescue operation at Mararaba Udege general area in Nasarawa Local Government Area of Nasarawa State, rescuing 3 kidnapped persons and neutralizing one armed bandit in a fire fight. The kidnapped victims were subsequently reunited with their respective families.

Similarly, on 8 January 2021, troops of operation SAFE HAVEN apprehended 4 suspected cultists at UV Martins Street in Jos North LGA of Plateau State. The suspects, messrs Alfred Song, George Musada, Armani Daniel and Kefas Rotgi were arrested on the heels of credible intelligence reports on their activities in the area. One locally made pistol and 4 cartridges were recovered from the suspects. Furthermore, on 11 January 2021, troops of operation SAFE HAVEN recovered 59 rustled cows from rustlers at Kuru Jenta close to Science School Kuru in Barkin Ladi LGA of Plateau State. Following intensive pressure and aggressive posturing of troops on fighting patrol in the general area, the rustlers abandoned the cows and fled. The cattle have since been handed over to their respective owners while troops are on the trail of the fleeing rustlers.

Troops of Operation DELTA SAFE have continued with the aggressive fight against economic sabotage in the zone progressively. Notably on 9 January 21, gun boats of Forward Operating Base IBAKA while on routine patrol around Effiat waterways intercepted and arrested a large wooden boat laden with 1,184 of 25kg bags of Yaraliva Nitrabor Fertilizer suspected to be smuggled in from Republic of Cameroon with 2 suspects. Suspects and items are currently in custody and will soon be handed over to the appropriate prosecuting authority. Equally, on 11 January 2021, Forward Operating Base IBAKA gunboats while on routine patrol around MBO River intercepted and arrested a medium size wooden boat laden with 17 drums of 300 litres of products suspected to be PMS with 2 suspects.

Furthermore, on 11 January 21, acting on credible intelligence, Nigerian Navy Ship DELTA in conjunction with Forward Operating Base ESCRAVOS conducted anti-Crude Oil Theft operation around the general area of Warri South Local Government Area. During the operations, the team discovered one large wooden boat laden with about 215,000 litres of product suspected to be stolen crude oil at along Jones Creek, Warri South West Local Government Area. Accordingly, the boat and product were handled appropriately.

These arrests affirm Armed Forces of Nigeria’s commitment towards eradicating sundry crimes in the country. Equally, while fertilizers are majorly for agricultural purposes, the possibility of it being acquired by criminal gangs, terrorists and militants for sinister purposes cannot be disregarded as fertilizer has remained a potential component for the fabrication of explosives owing to its content of ammonium nitrate. Furthermore, the arrested fertilizer poses a security threat considering current security challenges. The High Command reassures the general public of its untiring commitment towards securing the country. Members of the general public are enjoined to continue providing timely information on the activities of criminals in their various localities to the military and other security agencies for prompt and effective action. Thank you. 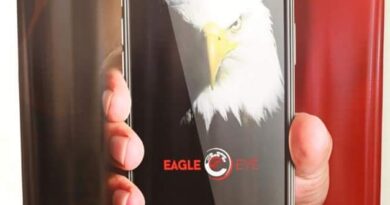