The defendant admitted to perpetrating the conduct, as against Section 263 of the Penal Code Law, after first denying the charge during his arraignment before a Chief Magistrate’s Court in Yola on Wednesday.

His remand in a correctional facility was ordered by the court.

Barkindo, who worked at a filling station in the state capital and sold engine oil, stated that he had realised that his masculinity was no longer functional, and that he told his mother about it.

He claimed he had gathered herbs in the hopes of curing his illness, but then decided to see if he was still awake by asking the boys to play with him.

The police prosecutor, Sergeant Sawe Nicholas, in a first information report filed in court, said the defendant committed the offence on February 8, 2022.

Sawe told Chief Magistrate Abdullahi Digil that the victims’ father reported the matter to the police.

He explained that the defendant lured the boys into his room where he removed his clothes and sexually assaulted the victims, including ejaculating in their mouths.

The court adjourned the matter till March 7, 2022, and ordered the police to complete investigation and forward the case file to the Directorate of Public Prosecutions. 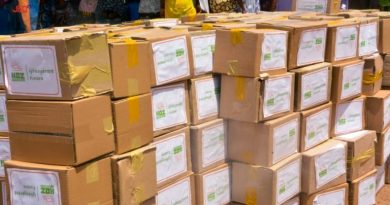