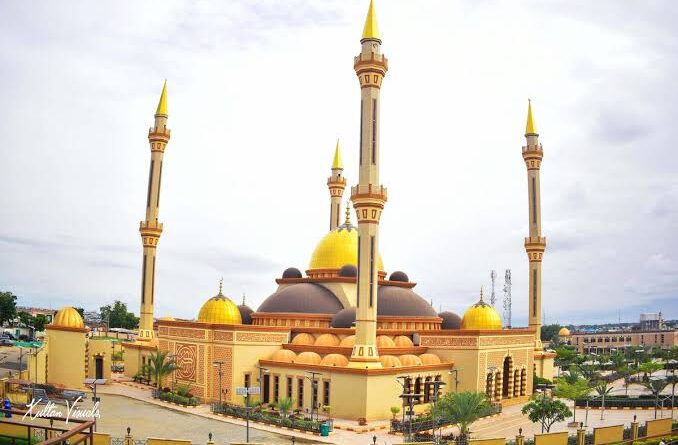 Last Friday (June 25,2021), was a special day in my life .It was neither my birthday nor that of any of my loved ones. It did not also record the arrival of a new baby into either my nuclear or extended family. I was also not granted career progression or came about any serendipity. The date was still special because I had the honour of participating in a truly divine communal enterprise; an activity of the Ilorin Central Jumaat Mosque Working Committee.

I was at the meeting on the invitation of the Chairman of the Committee and Danmadani of Ilorin, Alhaji Shehu AbdulGafar, OON. The Chairman, who is also a former National President of the Ilorin Emirate Descendants Progressive Union (IEDPU), had invited the incumbent President of the Union, Alhaji Aliyu Otta Uthman, fsi, to the meeting.

When the President told the elder statesman that he was in Abuja on an official assignment and that he would not be able to make the parley, Alhaji AbdulGafar requested the President to delegate yours sincerely to represent him and the Union at the very important meeting. The reason why the elder statesman did not give the IEDPU President the right of choice (of his representative) remains unknown to me as I could not summon the courage to ask him.

However, I must have disappointed the Chairman by my keeping mute throughout the meeting. Despite having one or two things to say, I didn’t make any comment. The man I represented did not ask me to say anything. The Chairman did not also “insist” on me saying anything. I also felt that it was better for me to be silent than to unseal my lips and indirectly advertise my ignorance in an “open market”. I only rose for recognition when the 82 years old Chairman and former Secretary to the Kwara State Government and Head of Service announced my presence. All the same,my mind was searching through history and nature. I was wondering where the old man got the energy for the meeting, which lasted two long hours of painstaking discussions among men and women of high calibre.

Alhaji AbdulGafar lamented the poor financial position of the mosque and the near futility of efforts being made here and there to generate revenue for the maintenance of the beautiful edifice.Many options were tabled and discussed for possible exploration. The conclusion was that the recurrent maintenance of the mosque is “work in progress”,which requires the participation of all Ilorin Emirate patriots and their friends.

While I appreciated the contributions of everyone at the meeting and the patriotism of those reported to have offered one support or the other, my mind was also oscillating between the past and future of Ilorin Emirate community. Why? Alhaji AbdulGafar has been involved in the management of the same mosque since the 1970s.He has also been involved in general community development much earlier. So were several other distinguished men and women who abandoned other pressing issues to brainstorm on our collective heritage. The question I was asking myself was for how long would those respected “agbalagbas” be involved in community services before younger elements make themselves available?

At a point, I remembered the efforts and lamentation of the erstwhile Chairman of the Mosque’s Management Committee and pioneer Grand Mufti of Ilorin, Shaykh Muhammad Kamaluddeen Habeebulahi Al-Adabiyy, MFR,OFR(1905-2005) on the same matter in the year 2000. Shaykh Kamaldeen,who was famously referred to as Alhaji Agba, had publicly annunciated his unenviable experience on the running of the edifice while he was addressing an august assemblage of men and women of high calibre of Ilorin Emirate origin of the period, which included late Admiral Muhammad Alabi Lawal (1946-2006), who was the Executive Governor of Kwara State between 1999 and 2003; late Dr Abubakar Olusola Saraki, the second republic Senate Leader and the Emir of Ilorin, Alhaji Ibrahim Sulu-Gambari, CFR, among several others, inside the same premises.

The phenomenal scholar said that when the structure became an eye sore and his Committee was helpless, he had approached a Lagos Multimillionaire and philanthropist, Alhaji Shafi Lawal Edu,who was also the Magaji Geri of Epe, with a view to seeking his financial assistance for its maintenance. He explained that after listening to his mission, the businessman said that he was surprised that at an obviously advanced age, Shaykh Kamaldeen could still be going helter-skelter in search of funds for Ilorin Central Mosque! The Shaykh recalled that his host told him point blank that he could mention more than ten indigenes of Ilorin who were richer and more accomplished than him and who could singlehandedly or come together to fund the mosque to any level. The late Grand Mufti concluded by saying that he was advised by Alhaji Edu to leave the efforts for the younger generations to pursue, if they so wished, adding that he(Baba Kamal) had paid more than enough due for him to still be running around for the community at a time he was supposed to be resting.

The late patriot narratted the story in the presence of many of those who mattered in Ilorin Emirate in that period while younger elites were also present. As young as I was, I was baffled and disturbed that as many, privileged and resourceful as we were, we could not maintain our collective heritage by ourselves.

Despite the lamentation of that unforgettable son of Ilorin, nothing much was done thereafter on the mosque until 2009 or thereabout when the former Senate President, Dr Abubakar Bukola Saraki,CON,(b.1962) took up the challenge, which led to the transformation of the mosque to its present enviable status.

With what I heard at the meeting, are we not back at the same juncture? Should we allow history to repeat itself? Can’t we do something for ourselves and for our community? Are communities “moving mountains” better than us?I believe they are not. I think we have the wherewithal to do and go beyond the imagination of those who think we cannot achieve anything on our own. I think the ball is in the court of you and I to save the situation by preventing the mosque from ruination.

While the increasing number of well-to-do compatriots are enjoined to offer more sustainable supports, I believe those of us who are “greater tomorrow” should also begin to play our roles now. We should remember that “drops of water make an ocean”. Let us offer our widow’s mite towards the preservation of that great heritage.

“If wishes were horses” ,I would have announced a huge sum of money to the mosque at the meeting but “eri mi lo wu, apo o wu”. A poor public servant cum struggling Reporter like yours sincerely cannot afford much at this moment. But not having much should never be an excuse for not doing anything. I sincerely believe that Ilorin Emirate does not have any number fewer than ten thousands (10000) of its indigenes drawing either salaries or pensions from the Local, State, Federal Government or other corporate organisations within and outside Nigeria in addition to thousands of others who are in private businesses. The contribution of N1000 by each of us monthly would amount to Ten(N10,000,000:00) Million Naira only,if my Mathematics is right.

Contributions from individuals should also not stop sociocultural organisations and professional bodies dominated by indigenes of Ilorin Emirate from sending theirs. Political office holders and other categories of our more privileged compatriots should also be encouraged to offer theirs. Traditional chiefs,title holders and,of course, clerics of Ilorin Emirate origin,who take pride in announcing themselves as indigenes of the fountain of Arabic and Islamic knowledge,south of the River Niger, should also emulate the pioneer Grand Mufti of Ilorin, Shaykh Muhammad Kamaldeen Al-Adabiyy, who evidently made financial contributions to the Mosque in addition to the energy and time he gave to it while alive by registering their names as consistent donours. The propertied among us should also be persuaded to will one or more of their property to the Mosque in form of what our scholars called “sadaqat jariah” as been done elsewhere.

The perpetuation of the effort of our distinguished compatriots in Abuja under the coordination of Engr Suleiman Yahaya Alapansanpa, FNSE, the Danmasani of Ilorin and Dr Yusuf Lawal, as reported at the meeting by Alhaji AbdulGafar, would also be a worthy addition which should go a long way in meeting the recurrent needs of the monumental religious edifice. And we can be sure that we are investing in our eternity.

I have made mine and would, Insha Allah, continue to do so monthly through; ILORIN CENTRAL JUMAAT MOSQUE 0020738662 ACCESS BANK.You can and should do yours too for the pleasure of Allah and further greatness of our great community.

Thanks for not seeing the digestion of this piece from an “omo kekere” as a waste of time. May Allah bless you as you resolve to “se re be” and “dasi ti Olohun” for “ere repete ati aye raye”. 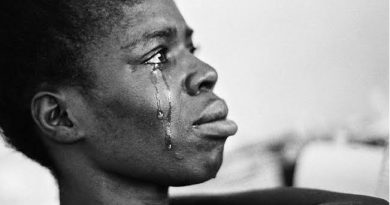