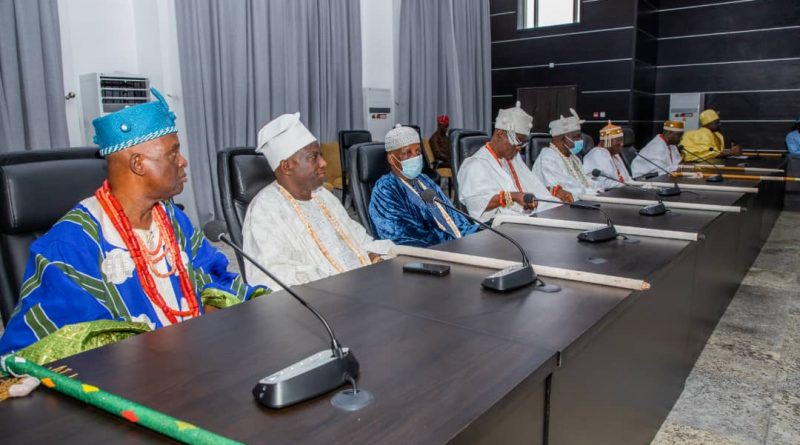 Kwara and Disturbing Public Endorsement of Aspirants by Traditional Rulers

Recently, it was all over the news, that our traditional rulers enthusiastically publicly proclaim an endorsement of a political candidate of a party. Yes, even if it is an undeniably impressive political candidate, in the calibre of governorship, with visible advantage of incumbency, it is a misnomer for traditional rulers to give the impression of partisanship support, in a multi-party democracy.

This public endorsement is not only shocking and disappointing but indicates that the traditional rulers have never really understood their position and role in the traditional African society in this multiparty democracy, that is unlike military dictatorship.

Unfortunately, we do not have true scholars of Traditional History to guide and clarify their position as Traditional leaders against aligning with Political party or leadership.

In the real sense, traditional rulers should be apolitical and seen not to have any preference for which party should take the political office. They can do so, through their “secret vote” but not publicly in form of a declaration of preference.

Within the domain of their reign, their people will belong to various political parties. It will be ridiculous to have a King/Emir/Oba to be seen taking preference to one political party over another. And the community over which he reigns are divided among the parties. What is a part of the community that belong to other parties outside of APC, to feel or think, when these traditional rulers decided to “sycophantically” align themselves with the leader of one party. I was surprised that other political parties did not address this misnomer.

By virtue of their position in the community or society, they should not be seen to be “endorsing” a political candidate. Now, in this case when all of them throw their weight publicly, at the APC representative, will they be seen to be sincere in welcoming another Governorship aspirant, who thought out of respect, it is important to pay a homage to the “Oba” before campaigning on his ground or town. Another example is when two political parties within a town are creating a disturbance out of rivalry, how can one trust the arbitration of that traditional ruler to be unbiased, when it is obvious they have publicly declared support for one party candidate.

The action of these traditional rulers is not only disappointing, but it shows why they never receive any respect from the community they lead or from the political leadership. They also make themselves vulnerable to being taken for granted or disrespected by the followers of the opposing political parties.

It looks to me that, they are still behaving like the time of military government, when they scream out allegiance to military dictator to curry favors. Should we then assume that these current endorsement by the “Club of traditional rulers” in Kwara State, is about currying a favor, rather than just showing appreciation of the impactful service delivery by the current Governor? A kind of not-well-thought of decision by these important members of our society.

A better approach, in showing collective satisfaction of a political leader’s work, in a multiparty democracy would have been to release a communique expressing their appreciation of what the governor has done. And wish him well in his endeavor to seek reelection. But stop short of giving “political endorsement.”

This behaviour by the traditional leaders is not only ill-advised, and divisive within their own community that belong to different party, but it gives the impression that they are very biased towards a political party. Can one still refer to them as “Father of all,” after this?

This brings me, again, to the Kwara Legislators. They need to look at the laws regulating traditional council and relationship with political party, in a multiparty democracy, so as not to create the impression of being seen to be aligning to a particular party in their utterances and stewardship. If we are to believe that these traditional rulers have not been “bought over” or “threatened” or “sycophantically, praise-singing” one political party, in preference to the others, the law must be unambiguous on the way traditional rulers should conduct themselves, so that one can believe they are truly the “Father of all” in our society.

As for the political party/leadership being endorsed, i hope they will not use the mistake to assume all Kwarans in every village or town or cities have been sold to the party/leader endorsed by their traditional ruler. I hope they will continue to govern for the benefit of those who vote and did not vote for them, after election. Like the wiseman said, As fire test the purity of silver and gold, a person is tested by being praised – Prov 27:21.

Traditional rulers should not be in the business of endorsement. Rather, they can express their appreciation for what current government is doing but not use that “endorsement” approach to alienate their subjects who are followers of the other political parties that is not in government. For instance, what do they expect, if the other party won, and that new party, they did not endorse, become hostile to their traditional authority.

Our traditional leaders need to think through their role in our traditional African society, and refrain from the temptation of “political endorsement” or creating an impression of partisanship to their followers, who do not belong to just one party.

I suppose our democracy is young. We all have a lot to learn. One can only hope the traditional rulers will be humble to accept unbiased criticism. 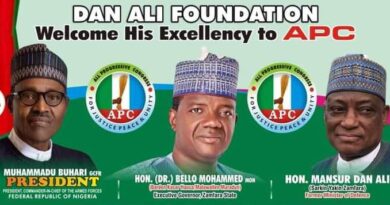