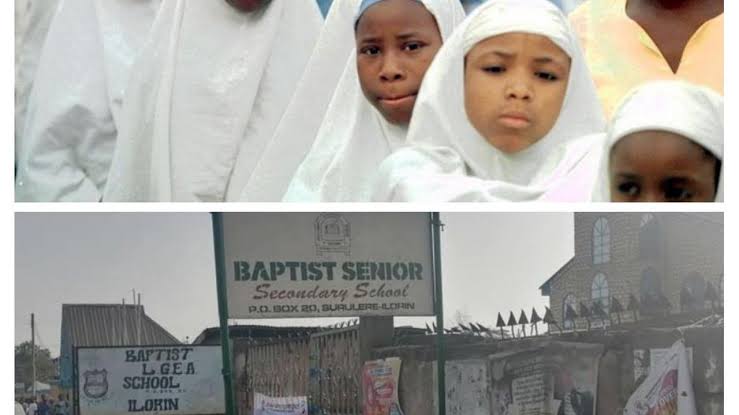 Kwara’s Unending War of the Veils

The title of this column is not from a fantasy novel. Neither is it from an epic TV show like Game of Thrones or Lord of the Rings. It is from recent happenings in Kwara State, happenings that should not have a place in this 21st century.

Last week in the Oyun area of the state, a man was shot dead outside a school for protesting the exclusion of his daughter from classes.

For reasons that pertain to faith, the administrators of some 10 missionary schools in the state are revolted by the sight of some of their students, who happen to be Muslims, turning up for classes with hijab on their heads. Something about this makes their eyes turn, their heads spin and makes anger froth from their mouths. Apparently, this rage is contagious and because of that, parents of these hijab-wearing students have been experiencing head-turning, eyes-spinning, frothing rage as well.

This eye-turning and head-spinning have been going on for years now. Two court cases have been filed and judged. In both instances, at the high court and the appellate court, the school administrators lost, were ordered to allow students with hijab to attend classes and be at peace with their parents.

The devil may care! The school administrators heaved, huffed and said, no way, Jose! So, on Wednesday of last week, when some students turned up for classes in their uniforms and heads covered, they were locked out of the schools. From the photos online, these hijabs were shoulder-length little things that some malams will dismiss as unworthy of the name hijab. Not those long flowing things some people find intimidating. But I digress.

The girl’s parents said, ‘a’uzubillahi!’ They too heaved, huffed and left their works and homes to go and protest. The eye-turning and head-spinning got out of hand and led Muslim parents and Christian parents to throw stones at each other as if they were children fighting “Chalo!”

In the mayhem outside Oyun Baptist High School, Ijagbo, Habeeb Mustafa was shot dead outside his daughter’s school.

The schools in contention were missionary schools. There are about 10 of them or so in Kwara State. But sometime in the 1970s, the government decided to fund the schools from the common wealth of the people of the state. The missionaries have been administering the schools for some time now. These missionaries are so passionate about their faith as the Muslims are passionate about keeping their hijabs and getting an education. The passion overdose resulted in scenes playing out outside of Kwara schools in 2022, as if this was Civil-rights era America, when angry white men waved their fists and spewed racial slurs from both corners of their mouths at the first black students, little innocent things like the students in Kwara, who under police escort walked into their school.

I am not familiar with the details of the court judgement, other than the fact that they ruled that students with hijab should be allowed to take classes. It only seems logical, doesn’t it, that based on the constitutionally enshrined rights of freedom of opinion and expression, association and the right to practice faiths without prejudice and discrimination, and the fact that the schools are being funded from the government’s purse, that it should not discriminate against others.

To be fair, the question should be asked: would a non-Muslim student attending an Islamic school, not that this happens often (but indulge me), be allowed into class without a hijab, with her weave-on resting on her shoulders or her shuku sitting atop her head? I doubt it very much.

This sad development is coming shortly after the whole country, or most of it, or a fair bit of it on social media at least, united in grief over the murder of little Hanifa Abubakar and just days after most of the world united in hope, then despair, then grief over the Moroccan boy Rayan whose rescue from a well was followed with keen interest around the world and reminded us all of our collective humanity.

How quickly this sense of togetherness has been thrown out the window.

Nigeria as a country is bedevilled by endemic poverty, insecurity and other problems that will not fit into all the hijabs, turbans, babban riga, cassocks and habits were they to be sewn together.

In a conversation with a poet a few days before about the state of Nigeria, she mentioned the country’s diversity as an excuse for our persistent reluctance to evolve, as if diversity was some sort of curse. Uniformity of tribe and faith has never guaranteed peace or unity. The Somalis, of the same ethnicity, have been at war with themselves for decades. North Korea has dug four known underground tunnels through hard rock, just so they can raid and kill their kith and kin, same families, same old gods, to the South.

Nigeria’s problem today is not that British act of 1914 compressed hundreds of ethnic nationalities into one country. We spend too much time moaning over it we fail to see that we are a people busy building walls and segregating ourselves—this tribe from that, that faith from this. Walls of stereotypes, crescents, crucifixes and flimsy veils.

Today a Chidimma, born in Kano’s Sabon Gari could live her entire life there and not know how to speak Hausa because of the invisible wall that secludes her from the Kano she lives in. A Malam Audu, pocket stuffed with naira, will find it hard to find a shop to rent or a plot to buy in Aba because he is from ‘ala Hausa’. Because there is an invisible wall designed to keep him out.

Over the last 20 years, we have witnessed an incredible proliferation of religious schools across the country, like a rash of bad skin infections. Some of them decent, some, well…horrendous, to be honest. Combined, each year, they produce thousands of graduands who are often neither well-educated nor truly religious.

If we talk piety and religion, yes, the churches and mosques have mushroomed, their public address systems searing the nights and the mornings with their performative devotions to a God they are all too eager to disregard should the opportunity present itself.

The crimes that have been committed in this country and in these houses of worship, often in the name of God, will make the pious ancients hide their faces in shame. And we should be hiding our faces too, except we don’t have the requisite shame for even this gesture. So we tear each others’ eyes out over hijabs and crucifixes to proclaim our love for God because we, in fact, place more emphasis on the symbolism of religion than on actually doing what religion requires of us—being decent humans. How the reasoning that loving God means hating others baffles me. But apparently, in Nigeria, that is how to practice faith.

In the final analysis, if we give ourselves permission to think objectively as rational beings, we will see that all this quibbling that often leads to murder, arson and unbridled savagery will not please God, except if the God one serves is a vicious, bloodthirsty monster. I don’t understand how one will raise hands tainted with the blood of another, a man, a woman or even a child, in prayer to the God who made these people. 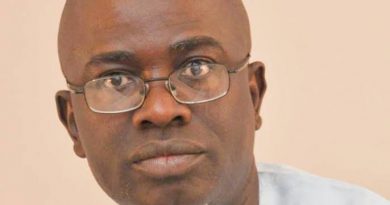