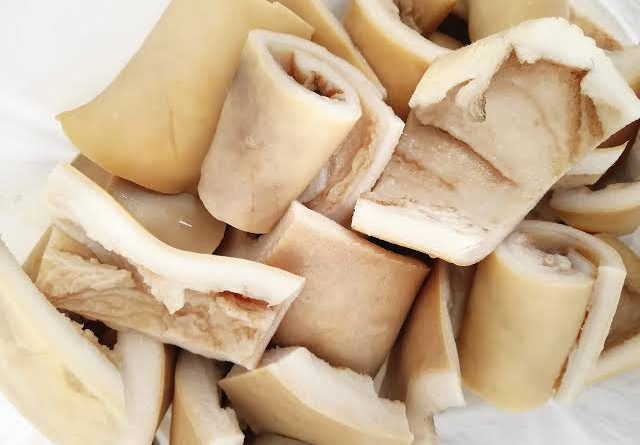 The National Agency for Food and Drug Administration and Control (NAFDAC) Sunday said it intercepted 120 tons of dangerous animal hides and skin popularly known as ponmo with seven merchants of the deadly product in Lagos.

The Director General of NAFDAC, Prof. Mojisola Adeyeye warned the general public, particularly consumers of ponmo, against the activities of some unscrupulous businessmen and traders who sell industrial and chemical-laden animal hides as food.

Prof Adeyeye, in a statement by the Resident Media Consultant to NAFDAC, Sayo Akintola, said the Agency’s Investigation and Enforcement officials gathered intelligence around certain locations where the products were being warehoused and sold.

The Agency noted that the interception was in response to several complaints received from the public pertaining to alleged sale and distribution of imported hides and skin meant for use in leather industries, and which had already been processed with industrial chemicals. These products are then sold to unsuspecting public as consumables.

She said: “Monitoring was also extended to some buyers who patronise the sellers and custodians of the warehouse. Preliminary investigation revealed that some of the hides and skin were imported illegally and sometimes diverted to some merchants of death who re-process them and further sell them as consumable ponmo to the public.”

In light of these discoveries, she said that the Agency recently conducted investigative raids upon some identified locations in Lagos State where traders were found clustered for purchase of leftovers from the warehouses.

She said that large quantities of the products were intercepted at six different locations, stressing that seven suspects who were alleged to be involved in the acts are currently under investigation.

“The street value of the product currently intercepted is estimated to be around N25.330m.

“NAFDAC wishes to advise consumers and retailers of Ponmo not to patronise importers of hides and skins for consumable animal skins.

“The general public is hereby encouraged to be very vigilant and exercise discretion when purchasing animal hides, ponmo, and indeed other food items. NAFDAC is fully alive to her responsibilities of assuring the safety, wholesomeness, and quality of processed foods offered for sale to the public,” she added. 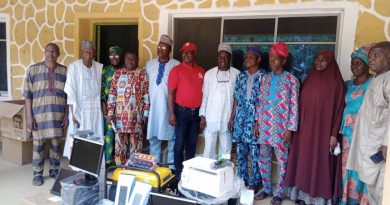