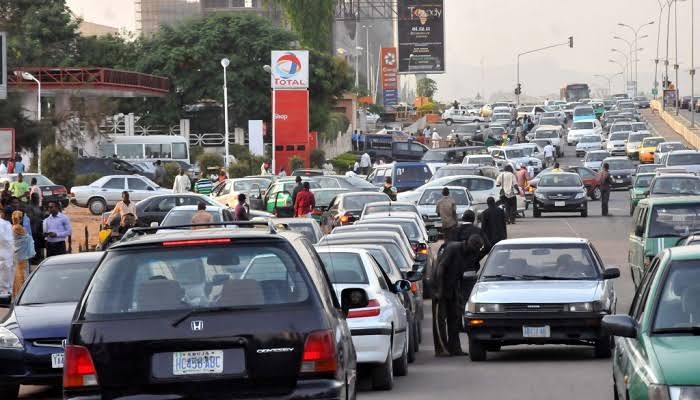 Residents of the nation’s commercial capital, Lagos, began the new week, yesterday, with some level of anxiety and confusion as fuel scarcity appeared in some parts of the state, especially on the Island axis.

With an estimated population of 15.3 million, the roads play host to over five million cars and 200,000 commercial vehicles. The panic began gradually at the weekend when unusual long queues of vehicle at various filling stations in Ikoyi, Victoria Island and Lekki were noticed as residents spent longer period trying to buy the Premium Motor Spirit (PMS), also known as petrol.

Many had attributed this to increased demand for fuel due to power outage following a fire incident that led to the shutdown of Nigeria’s largest power plant, Egbin, from the national grid, last week.

However, the long queues persisted yesterday morning despite improved power supply. There were long queues on Awolowo road in Ikoyi, which caused gridlock along the axis.

The situation was different on the mainland part of Lagos as queues were barely noticed at filling stations monitored. This posed a challenge for motorists and commuters resuming their daily activities after the weekend break.

Most of the fuel stations visited in the metropolis claimed they were without supply. The few stations that had supply attracted long queues.

From Ojodu-Berger to Lekki, Gbagada, Alapere, Oshodi-Apapa axis, Ajah, Sangotedo, Mile-2, among others, long queues were sighted in filling stations, which in some stations spiraled into the major roads.

Many commuters along the Lekki-Epe Expressway, including Sangotedo and Victoria Garden City (VGC) axis had a hectic time in traffic. On the Island (Ikoyi, Victoria Island and Obalende axis), only a few stations had supply with manageable queues. It was the same situation along the Lagos-Ibadan Expressway.

Some commuters resorted to trekking long distances to get to their destinations, while commercial transporters took advantage of the situation to hike transport fares on busy routes. The fare from Ajah to CMS, which, ordinarily, was N400, was hiked to N1,000.

A motorist who spoke to The Guardian in Obalende alleged that many stations were not dispensing fuel, rather they chose to create artificial scarcity. Some, however, were attending to customers buying in jerry cans for the black market business.

There were no queues at filling stations in Mushin, Isolo, Ejigbo, Ikotun and environs. The Guardian, yesterday, gathered that the flash petrol scarcity currently being experienced in Lagos is due to current effort by the Nigerian National Petroleum Company (NNPC) Limited to recall harmful imported petroleum products.

According to sources, most of the petrol imported into the country under the Direct Sale, Direct Purchase (DSDP) contract has a high content of methanol and ethanol, which are outside the official specification of Nigeria’s petrol. “This product is highly harmful to the market,” a source said.

A senior official in the downstream sector, who pleaded anonymity, confirmed the development, adding that NNPC is currently doing a product tracing to contain the harmful implication in the market.

“Nigeria should not be doing business with companies with bad reputation in the market. The implication is very cruel on the consumers of these products, most especially Lagosians,” he stated.

The issue of dirty petrol is coming at a time when there is a raging controversy on the removal of petrol subsidy or otherwise. The NNPC has always allayed fears of any hitch in the supply of petroleum products, assuring of its availability, despite reported cases of scarcity in some parts of the country.

HOWEVER, despite the repeated assurances, the entire country may be plunged into another round of terrifying fuel scarcity if the Nigerian Association of Road Transport Owners (NARTO) makes bold its statement of withdrawing haulage service should the Federal Government fail to urgently address the rising cost of operation that its members are facing.

Top on the list, according to the union, is the ever-increasing cost of diesel, which petrol tankers run on and which is part of the determinants of freight charges. The cost of diesel presently is N430 per litre.

The association’s National President, Yusuf Lawal Othman, in a statement, yesterday, stated that his members now find it difficult to remain afloat because of the high freight rate, which is regulated and paid in arrears.

He insisted that members would be advised to ground their haulage tankers if nothing was done to address the matter, describing the business environment as scorching and unbearable. “Our people have parked their trucks and more people are going to park theirs,” he said.

While some states, including the Federal Capital Territory (FCT), has been struggling with fuel scarcity despite promises of sufficient petroleum products, Othman said the challenge could escalate across the country.

The association had earlier decried delay in the payment of about N45 billion bridging cost for diesel, demanding an increase in the transportation allowance factored into the pump price of petrol, but the continuation of subsidy payment on petrol meant that the freight cost would remain.

Earlier this year, the Federal Government had hinted on a 20 per cent hike in the cost of freighting petrol across the country, as part of measures to boost the revenue of transport owners. The increase would have raised the cost of bridging petrol to N9.11 per litre from N7.51 in the petrol pricing template of the Petroleum Products Pricing Regulatory Agency (PPPRA).

Decrying the prevailing situation, Othman said: “We will tell them (tanker drivers) to park if nothing is done because we can’t operate in such manner. Transporters, whose freight rate is fixed and regulated, cannot sustain the business if nothing is done.

“We can’t operate. We can’t work if nothing is done to increase the freight rate. The condition is unbearable because of the cost of diesel.”

He urged the Nigerian Midstream and Downstream Petroleum Regulatory Authority (NMDPRA) to urgently increase the freight rate to reflect the present cost of Automative Gas Oil (AGO) diesel and spare parts.

According to him, ex-depot cost of diesel soared to N401 per litre on Monday. Othman cried other that it might hit N420 per litre at the filling stations if nothing is done urgently.

Last week, the Federal Government revealed that between December 2021 and February 2022, it has paid a total of N52.7 billion as bridging claims to transporters.

The Chief Executive Officer (CEO) of the Nigerian Midstream and Downstream Petroleum Regulatory Authority (NMDPRA), Farouk Ahmed, made this disclosure in Lagos during an engagement meeting with the downstream stakeholders.

The authority had stated that the Federal Government would continue to pay the cost of bridging petrol to ensure its availability across the country. 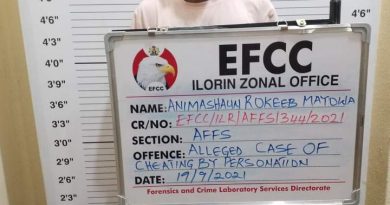