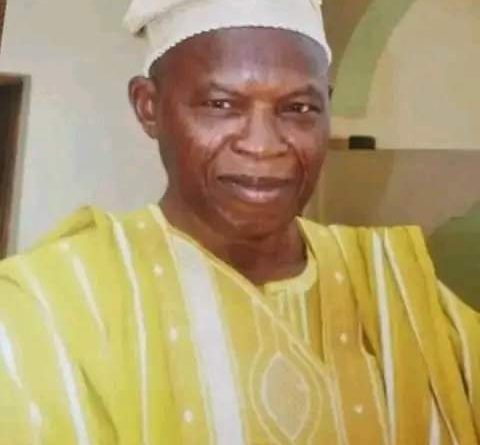 The Oro Grammar School Old Students Association has mourned the death of a former head of the school, Alhaji Uthman T Balogun.

Balogun was reported dead on Saturday.

In a statement signed and released by the Association’s PRO, Aliyu Olatunji Ajanaku on Tuesday said the deceased would be greatly missed.

Ajanaku noted that, “It is with shock that we received the news on Saturday 22nd October 2022 of the passing of Alh Uthman T Balogun, former Principal of our alma mater, Oro Grammar School.

“He assumed office in 1992, thus becoming the first Oro indigene to head the school.

“The late Principal would be fondly remembered for the initiative to change the school from Boys only to Boys and Girls school. This helped in boosting enrollment in the school. This was a major milestone, among other developmental strides achieved during his tenure.

The association, therefore, commiserated with his immediate family, the authorities of Oro Grammar school, the Oloro of Oro, Oba AbdulRafiu Olaniyi Oyelaran 1, and the entire Oro community where he served diligently until his demise as the President of Oro Development Union.

Buhari to Nigerians: I Share Your Pains, Your Patience Won’t be in Vain