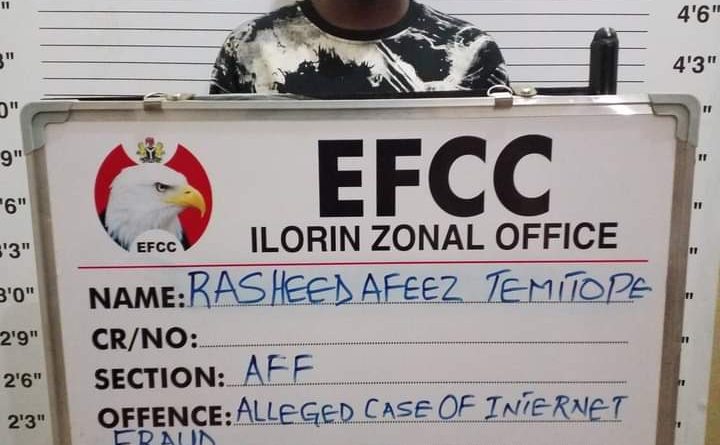 The Ilorin Zonal Command of the Economic and Financial Crimes Commission, EFCC, on Tuesday, August 3, 2021, secured the conviction of a 400Level student of the University of Ilorin, Joshua Ogizien, and three other persons for offences bordering on internet fraud before Justice Mahmood Abdulgafar of the Kwara State High Court in Ilorin. 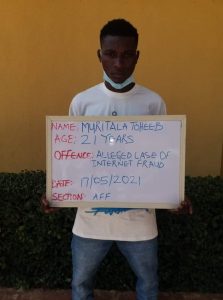 The three other convicts are Toheeb Muritala, a 200Level Computer Science Student of the Kwara State University, KWASU, Molete; Rasheed Afeez Temitope, a graduate of Bartholomew College of Health Technology, Shao and one Olaoluwa Samuel from Lagelu Local Government of Oyo State 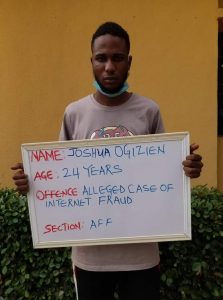 Following credible intelligence reports on the activities of fraudsters swindling unsuspecting victims of their hard-earned money within Ilorin and its environs, operatives of the EFCC swung into action and in the process arrested the convicts at various locations within the metropolis.

They volunteered statements and confessed to the crime. 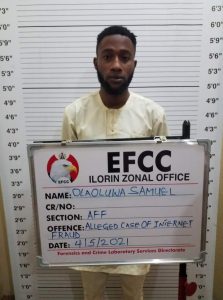 Consequently, the suspects were arraigned on separate charges on Monday, August 2, 2021. They pleaded guilty to the charges preferred against them.

Instruments used in committing the crime such as phones, laptops including the fraudulent messages printed from their phones and laptops as well as their confessional statements were tendered and admitted in evidence by the court.

Delivering judgment on the cases today, Justice Abdulgafar said based on the plea of guilt entered by the defendants, the unchallenged testimonies of the prosecution witnesses and all the exhibits tendered, the prosecution had established its case beyond reasonable doubts.

Consequently, the judge sentenced Joshua to one year imprisonment, which should be suspended for one year and ordered the forfeiture of the devices recovered from him including the draft of N79,000 (Seventy Nine Thousand Naira) which he raised as restitution to the Federal Government.

Similarly, Justice Abdulgafar sentenced Toheeb to one-year imprisonment, which should be suspended for one year and ordered that the devices used to perpetrate the crime and the draft of N220, 000.00 (Two Hundred and Twenty Thousand Naira), which he raised as restitution be forfeited to the Federal Government.

The judge also sentenced Rasheed to six months imprisonment each on the two counts preferred against him, which will run concurrently. While the court ordered the suspension of the sentences by one year to enable the convict to complete his education at KWASU, the devices recovered from him were forfeited to the Federal Government.

In the same vein, Olaoluwa was sentenced to a term of one year imprisonment on count one with the option of a fine of N50, 000 (Fifty Thousand Naira) and one-year imprisonment on count two without an option of fine. According to the judge, “the sentences are to be suspended for a term of one year, while the convict’s two phones and a draft of N32,000 (Thirty-Two Thousand Naira), which he raised as restitution be forfeited to the Federal Government”.

Justice Abdulgafar also ordered that the convicts should be reporting to ASP Towoju Azeez of Mandala Correctional Centre during the period of the suspension of sentences. 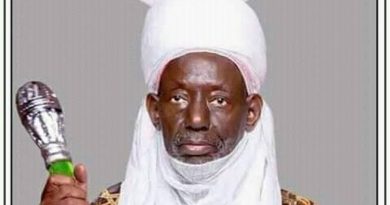 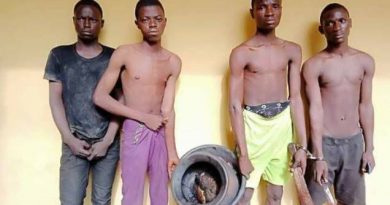