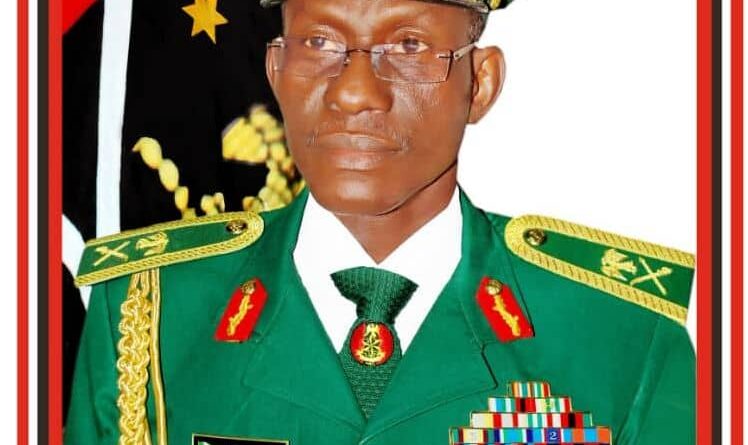 Major General Lucky Eluonye Onyenuchea Irabor was born on 5 October 1965 in Aliokpu Agbor, Ika South Local Government Area of Delta State, Nigeria. The senior officer gained admission into the Nigerian Defence Academy (NDA) Kaduna as a member of the 34 Regular Course in 1983 and was commissioned Second Lieutenant on 28 June 1986 into the Signals Corps of the Nigerian Army.

The senior officer equally attended National Defence College in Bangladesh in 2010 and Harvard Kennedy Schools of Government and Executive Education, USA in 2012 and 2017 respectively. Others include United Nations and African Union Peace Keeping Courses and Conferences as well as a seminar on Combatting Weapons of Mass Destruction and Terrorism at the European Centre for Security Studies in Garmish, Germany.

As Theatre Commander Operation LAFIYA DOLE, Major General Irabor was responsible for the capture of Alargano Forest – the claimed spiritual base of Boko Haram Terrorists. He also planned and executed the conduct of Operations CRACK DOWN 1 and 2, RESCUE FINALE and DEEP PUNCH which led to the clearance of SAMBISA FOREST, destruction of BHT camps and enclaves, capture of several weapons, vehicles and equipment belonging to BHT as well as rescued well over 20,000 civilians abducted by BHT, including 2 Chibok Girls. Furthermore, the impact of the operations he conducted forced the BHT to release a total of 103 Chibok Girls in two instances. As Force Commander MNJTF, the Senior Officer successfully conducted Op AMNI FAKAT to clear the Lake Chad Region of BHTs. The operation saw to the clearance and domination of Gashigar, Arege and Metele, as well as the liberation of several hostages amongst others. The General is a very committed trainer and disciplinarian. His sterling qualities have won him several commendations as well as his appointment as Force Commander Multi-National Joint Task Force. Until his appointment as the Chief of Defence Staff, he was the Commander, Training and Doctrine Command of the Nigerian Army.

The senior officer is widely travelled. He is happily married and blessed with children. His hobbies include reading, jogging and listening to good music. 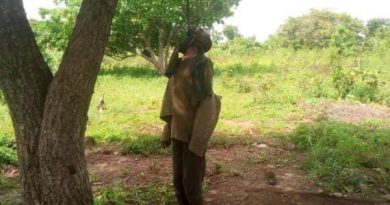 Concerns as Man Commits Suicide for Being Impotent in Kwara

Abba Kyari and His Red Flags of Vulgar Exhibitionism, By Farooq A. Kperogi