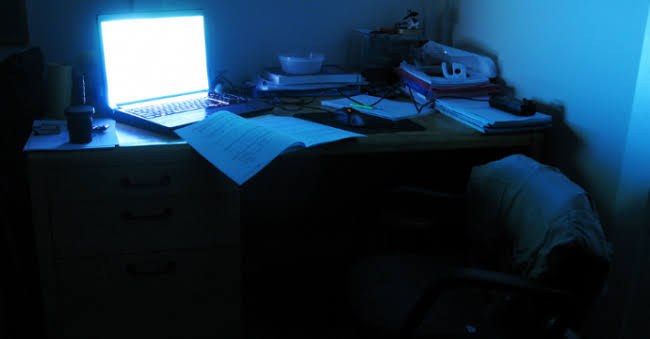 General Opinion
February 9, 2022 Alabidun 0 Comments Ibraheem Dooba, Why Studying at Night Could be Bad for You

Why Studying at Night Could be Bad for You, By Ibraheem Dooba, PhD

When growing up in Minna, we used to go to school with Haruna Baba Bulus who was a year ahead of me. Haruna had a weird study habit that set him apart from other secondary school students in the expansive Old Airport Quarters. The other children got their own weirdness going but because that was what the majority was doing, it became the norm.

Interestingly, as you will soon discover, what Haruna did is supported by science. On the other hand, studies found that the practice of the rest of us is detrimental to students’ psychological health.

This is what Haruna did.

(Strangely, I remember walking to school together with him but don’t recall coming back together. We walked to the school in the morning because our school is only about three kilometres away from the quarters.)

When Haruna came back, he would eat, take a bath and take a nap, wake up and then study. He would stop studying at 6 pm then jog to the football pitch.

We, on the other hand, would return home, eat, probably sleep and probably take a bath. At 4 PM, the Muslims prayed the afternoon prayers and jogged with the rest to the football pitch.

Can you spot the difference between the two practices?

Here it is: Haruna was at least two hours late to football. He came during the “injury time” when everyone was struggling to get the last kicks or equalize a painful goal.

Although we didn’t admit it to ourselves, we felt guilty when we saw his lanky frame running toward the field from a distance because we knew what he was doing before coming to play. Therefore, some players tried to (playfully) break his legs for his troubles. Fortunately for all concerned, they didn’t succeed.

(While I wasn’t much of a footballer, I used that time to read James Hadley Chase or provide unsolicited commentary to the footballers.)

What about the rest of us, did we study school material?

Of course, we did. However, not in the afternoon like Haruna, but at night, like the owls. I recall that sometimes we would go to Umar Abubakar’s house to do TDB (‘till daybreak). To do that, we would dip our legs in bucketsful of cold water to keep ourselves from sleeping.

But first, half of the time was used to “gist” and the remaining half was devoted to reading or, to be perfectly honest, sliding in and out of consciousness. Because even the buckets and their contents couldn’t keep us from sleeping.

We wouldn’t admit it then, but the entire setup was crazily ineffective.

What was Haruna doing at this time that we were hauling buckets about? Sleeping! Yes, Haruna was sleeping. Indeed he told me “I never study beyond 9 pm.”

Even before the validation from science, the reality of the external examination results validated Haruna’s method of daytime studying. He made mostly As and Bs. And therefore, while his mates were struggling to get into Nigerian universities, he was already in Russia on a scholarship!

“Some people may associate sacrificing hours of sleep with being studious,” Putnam and colleagues wrote, “but the reality is that sleep deprivation can hurt your cognitive functioning without your being aware of it.”

Sleep deprivation can cause these negative outcomes:

On the flip side, sleeping can cause the following positive outcomes:

In sum, students believe that sacrificing sleep makes them diligent and prepares them for examinations, but researchers disagree because sleep deprivation impairs cognitive functioning without a student realizing it. According to researchers, negative consequences of sleep deprivation include paying less attention and remembering less. The research shows that a positive effect of sleep is consolidating learning and memory, which improves problem-solving and creativity.

Although I concede that some students can’t read during the day because the entire day is devoted to attending classes. I suggest that these students should start studying immediately they wake up – before going to class. Research has shown that the most productive time in the day is the first two hours.

PS:
This is a chapter from the book, “The Secret of Straight-A Students” by Dr Ibraheem Dooba. 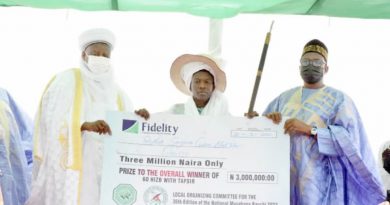