A female student has been suspended by Chrisland School, Lagos for allegedly engaging in an “immoral act”.

However, the student’s mother claimed her daughter was raped by some male students of the school in a room.

The female student, whose identity was hidden because she is a minor, was videotaped while the “immoral act” was ongoing.

The video of the incident was later shared on social media.

A copy of the suspension letter obtained by our correspondent accused the female student of taking part in a Truth or Dare game which led to the “immoral act” when they went to Dubai to participate in the World School Games held between March 10 and 13, 2022.

When contacted, authorities of Chrisland School on Victoria Garden City failed to speak.

“We will get back to you on the matter. We will issue a press release soon,” a female voice who picked up the official telephone number of the school responded.

The letter of suspension dated April 14, 2022, was signed by the Head Teacher, G. I. Azike, and titled, Indefinite suspension of …(the female student).”

It read in part, “It was discovered that your daughter was involved in improper behaviour during the recently concluded World School Games in Dubai with a few of her counterparts wilfully participated in a game they called Truth or Dare’, a game which led her and a few other co-learners to carry out an immoral act after the lights-out instruction was given.

“In line with our core values centred on discipline, Chrisland Schools have zero tolerance for any improper behaviour and misconduct. A full-scale investigation has been done and the parents of all the culpable learners have been duly notified of the necessary punishment meted out on the learners.

“The parents gave their full cooperation realising the need to work with the school so that the learners can be corrected and be of expected proper behaviour henceforth.

“However, in the course of the school’s efforts to see how best we can help…who was a major participant in the whole incident, every effort to inform you as her parents about the incident and ensure that this improper behaviour is permanently corrected, has proved to be futile.

“We cannot as a school condone such. Consequently, (the student) is hereby placed on an indefinite suspension until you as the parents ensure that she is punished, adequately counselled and rehabilitated.”

Pregnancy test carried out on my child without my consent, mother cries for help

The mother of the student expressed displeasure over how the school handled the incident, saying, “my daughter was dying in silence and she couldn’t speak.

“They threatened to kill her if she speaks and conducted a pregnancy test on my daughter without our consent.”

The mother, in a video, also lamented that the school “lied” to her that what happened was “a kiss” until another parent showed her the video of the “immoral act”.

According to her, the daughter said the “immoral act” happened under the influence of drugs.

She said, “My child attends Chrisland School VGC. Please, I am making this video to beg Nigerians to get justice for me.

“About a month ago, I was on my way out of Lagos when I got a call from the head teacher in Chrisland; she said she wanted to see me and so two days later I went to the school.

“I got to the school and I met their representatives.

“They said they wanted me to know that my daughter whom I left in their care on a trip to Dubai had a kiss with a boy and the boy also kissed her.

“They found out that they got the kissing idea through “Truth and Dare” and advised that I should caution my daughter and take her phone from her.

“I said okay, if it is just that, I was going to collect the phone from her. Mrs Kemi also advised me not to tell my husband that it is not everything a woman should tell her husband. I thought the issue wasn’t more than that; so it ended then.”

‘What my daughter told me’

The mother claimed her daughter was suspended after she confronted the school authorities.

“A parent called me that she needed to see me urgently. I went to her house and she told me that something had been trending in Chrisland and she believed I was not aware. The woman showed me the video and told me that all the parents were aware. Immediately, I informed my husband.

“Because we had started confronting them that we were aware of what they did, the school sent her a suspension letter.

“When my daughter explained to me what happened, she said that they went out in the morning to have breakfast and one of the boys begged her to lend him her phone charger which she obliged. After they had dinner, the boy called her room that she should come and take her charger. She went there for her charger.

“When she got into the room, one of them said she should take her charger from the toilet; it was when she entered the toilet that they told her to take a substance, so they were all under the influence. She said after that she did not know what she was doing again. 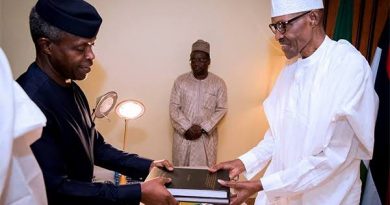