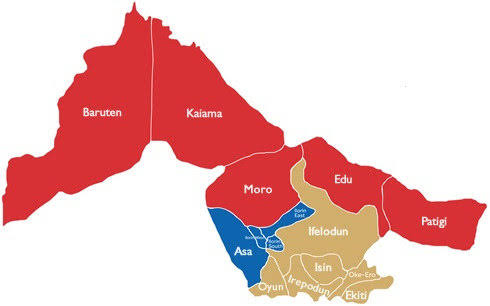 My worry is that the youths of today, in Nigeria are carrying on with the missteps of their old generations in the trappings of pursuing or tolerating illegality to bring about any benefit, by any means necessary. Thus, they will be comfortable with such lies of governance to reach an unsustainable way of creating a disorderly but a mirage of steady process of government, for a time. The kind that is steady, strong and support a development which is unsustainable.

Yes, not all lies of governance will reveal themselves in the begining as inappropriate, even the initial road may be so smooth, to deceive many, even the smart ones, to join along in the “praise singing” of a “hero through lawlessness”.

One principle of life shall remain true – exercising authority through lawlessness is the counterfeit of power, and the people who enjoyed it for a moment, will suffer the evils of it, along with their leader.

Nigeria has developed into such a society of “trying to make do with illegality to get some benefits, before it disappears.” 419 or other get-rich-quick digital phenomenon is not just about the frustration in the society, but also in political relationship by leaders, (sometime genuine in their motive, earlier on) with the desperate electorate. People just embrace your “making it” not how you make it.

The people encourage their leaders by their tacit approval to take such illegal approach to governance. Later they turned around and accused those leaders when the promise or benefit collapsed midway or cannot be sustained. Because the framework on which it was built, was illegal. And we are seeing it again unfolds now.

They rescind their fate to saying, “Its politics, Nigerian style.” “Let us get our benefits from this government, before the next one hits and run”. I hear.

One day, all who partake in giving excuses for illegality for the benefit they receive today, should remember, these were the ways other groups also started, a path repeatedly passed through, before they begin to make more mistakes , one after another, until the illegality collapsed on them.

Humans never learned from history, so they repeat their follies over and over, and blame others.

In some democracies where that law and order in the begining was well established on a good footing, they are able to bounced back to repair the dent when lawlessness and disorder threatens that foundation. Of which many envy and want to be a part. Currently, one of them is experiencing repeated threats to that law and order. But the foundation laid down in the past is under strain by this encroaching lawlessness, introduced by a leader, for the sake of power. Many young Nigerians follow this story, which is still evolving. The world sees how that lawlessness is introducing corruption at all levels of their government. In Nigeria, lawlessness at all levels is almost the norm. And when you get new leadership who appear promising to change the norms, and they begin a slip slope, then it all collapses on our heads. All because there’s a tolerance for lawlessness as long as one benefits from it.

Also, in Kwara, every government always started well. But as people surrenders their scrutiny to encourage them into lawlessness, by not holding them accountable, early enough, (like ENetSuD, is trying to do) they encourage that leadership or government to arrogate power more and more to themselves. Power is always ready to corrupt absolutely. Only a man/woman of integrity, in all seasons, can escape its lure and trappings into abuse. In time the weakness of leadership complains about the scrutiny and demand for accountability, when they termed those scrutiny as being tools of opposition.

Even the beneficiaries, of these illegality, among the previously neglected citizens, become the “praise singers” of these political brigandists. They become the defender of what is obviously an unsustained way of governing, outside of a legal prescription.

This embolden the leadership and management. And soon they begin to think they are untouchable. “People are getting what they want,” they say. In time, the people slowly steadily loses their influence and voice and the leadership becomes more authoritarian. Not by plan, but by circumstances of the behaviour of the led to governance. At the climax of it, a kind of autocratic democracy ensues. Moreso, in the absence of a credible opposition, who had passed through such steps in the past and got burned.

The outcome of this, like in some dictatorship countries, where the election is conducted, but the government in power shall always have its way, because the people has surrendered their power to the authority of the government. Opposition will never be allowed as more people give up participating, since the outcome is predictable through subtle coercion.

I don’t expect some to see the truth of the warning I am espousing. Or just feeling helpless to do anything about it.

If care is not taking, APC, will end up as PDP, in Kwara. Time is always a teacher of history.

Illegality always breed mis-governance. No matter how well intentioned in the begining. That is why Military autocracy always never work, because it never listens to the people or subtly silence their opposition. And the recklessness of unchallenged power breeds corruption.

The attending curse of illegality, by citizens and leadership, has kept Nigeria in the current state it finds itself, despite all its enviable human and natural resources.

We can keep at it, because of the transient benefits we get today. The consequences awaits all down the line.

The Kwara State Government and the local APC can break the circle of lawlessness. My appeal is to the young minds or future Kwarans who really want their State to stand out among the rest. Otherwise, the curse of governance that plague others will revisit the land.

You don’t have to be a soothsayer to see the journey ahead. An illegal way of doing anything, is never going to yield anything beneficial in the long run.

Arewa and Oduduwa More Alike than Unlike, By Farooq A. Kperogi