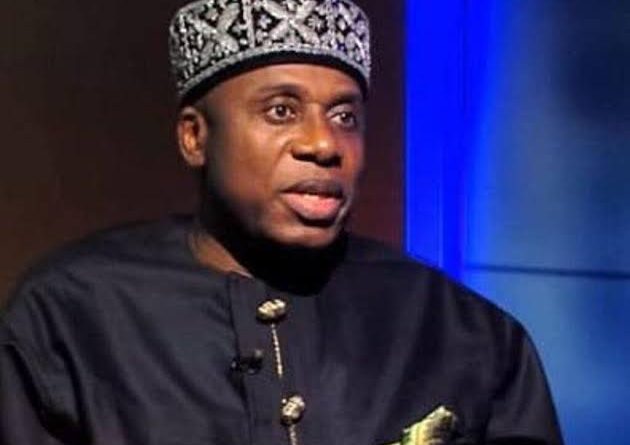 Minister of Transportation, Rotimi Amaechi, has joined the 2023 presidential race in an attempt to succeed Muhammadu Buhari.

Amaechi declared his interest on Saturday at a thanksgiving service being organised by the Rivers State chapter of the All Progressives Congress.

The service held at the Adokiye Amiesimaka Stadium, Igwuruta, near Port Harcourt.

READ ALSO: Shape of Things to Come in 2023 Elections, By Farooq A. Kperogi

“I stand before you today to declare my intention and submit my application to serve as your next President,” he announced.

According to sources close to the minister, his decision was predicated on the outcome of his consultations with several stakeholders in different parts of the country.

A former governorship candidate of the party, Dr Dakuku Peterside, had said the thanksgiving was for the party’s successful congresses and national convention, as well as to honour Amaechi, whom he described as an excellent performer, even as he urged the former to declare his interest in the Presidency without further delay.

Peterside added that Amaechi was eminently qualified to pilot the affairs of the country, saying he would bring his experiences to bear to transform Nigeria.

“For years, APC in Rivers State did not have substantive officers to run her affairs. But, the party has returned to the path of stability, unity and by inference, the path of victory.

“The second reason is the election of our members to various offices at the zonal and national levels.

“APC, more than ever, is ready to take over the government house,” he had said in a press statement.

On Kwara Bond and Other Issues, By Rafiu Ajakaye