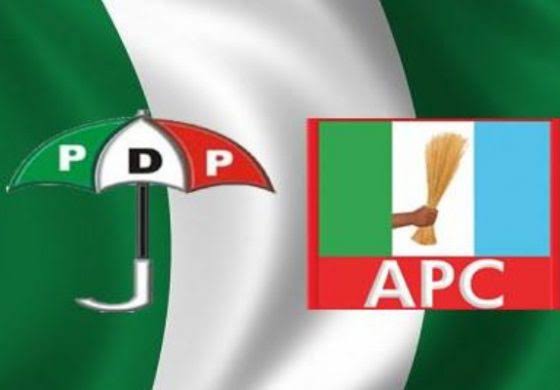 Incnews247 – The All Progressives Congress (APC) has defended the decisions of President Muhammadu Buhari to borrow loans for Nigeria.

The APC explained that the loans are tied to specific infrastructural development projects across the country, adding that the projects will become the legacies of the current administration.

The APC’s submission was contained in a statement on Tuesday by its National Caretaker Committee Secretary, Senator James Akpanudoedehe in reaction to the position of the opposition Peoples Democratic Party (PDP) who had warned that Buhari’s excessive borrowing may plunge Nigeria into bankruptcy.

However, the APC replied that the PDP were only trying to seek relevance after seeing that projects they couldn’t execute during the sixteen years they were in power at the federal level are getting completed by the Buhari administration.

The APC added that, unlike the PDP which embezzled the country’s resources and diverted money meant for projects to personal pockets, the Buhari government is focused on providing critical infrastructures for national development.

Akpanudoehehe said: “The sinking PDP is panicking due to its dwindling fortunes as the All Progressives Congress (APC) registered members hit over 40 million, with PDP members, including governors leaving the party in droves and joining the APC.

“While the PDP continues to clutch on straws as it sinks into political oblivion, the APC-led federal government and states governed by the APC are busy providing critical infrastructure, expanding access to education, providing health facilities and economically empowering citizens.”

“Perhaps, the PDP is referring to the litany of abandoned projects it left behind all over the country despite spending 16 years in power and receiving unprecedented earnings when crude oil sold for as high as $150 per barrel.

“The President Buhari government from inception took a good, progressive, patriotic and apolitical decision to complete the abandoned projects and Nigerians have been the ultimate beneficiaries.

“The initiation, completion and commissioning of the Lagos-Ibadan twin track railway line is another of such landmark projects delivered by the APC administration, even as more are underway.

“The PDP federal government failed to complete the Abuja-Kaduna railway line, which the President Buhari government completed and commissioned for the benefit of Nigerians.

“PDP needs to be reminded that It was because of its failures that Nigerians rejected it twice, in 2015 and 2019. This loss is obviously still haunting the PDP and has caused disarray within its ranks and created irreconcilable divisions”.

Akpanduoehehe mocked the PDP to deal with the crisis facing the party as many notable politicians continue to dump them for the APC.

Akpanudoedehe added: “For a party that failed in its 16-year governance and as an opposition party, if the PDP believes that Nigerians are ready to place the administration of the country in its hand, then the PDP is a victim of its folly.

“At this point, PDP’s rudderless leadership should deal with the crisis of confidence it suffers. Our democracy deserves a credible opposition which the PDP has woefully failed to provide. Other parties must now rise to the occasion and play the crucial role of opposition.

“Of course, the task of clearing the PDP rot is not a walk in the park considering the level of decay our nation sunk into under the watch of the PDP and the current efforts of PDP leaders to slow down our progress as a nation. However, this government, under the capable hands of President Buhari is focused and courageous enough to lead our country to its deserved place.”

Meanwhile, apart from multi-lateral organizations, China has emerged as Nigeria’s largest creditor according to data obtained from the Debt Management Office (DMO).

The DMO figures show the current administration of President Muhammadu Buhari has so far borrowed $2.02bn from China since it assumed power in 2015. 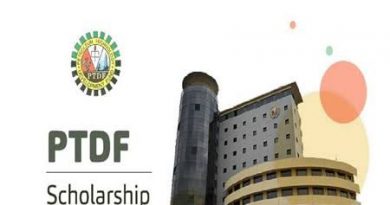