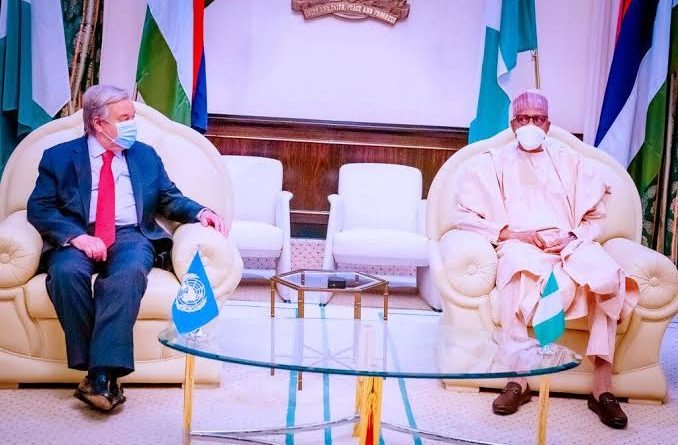 The President received the UN scribe and his delegation at the forecourt of his office at around 3:03pm.

After the brief welcome ceremony, President Buhari led Guterres to his office where they had a meeting before returning to brief the media.

During the briefing, the President underscored the significance of the visit at a time the global attention focused on the Russia-Ukraine war.

President Buhari spoke on the effort to deal with terrorism and the role of the world body.

In his remarks, Guterres said his visit was a solidarity with victims of terrorism.

The UN chief, who said he postponed his visit to Nigeria because of the war in Ukraine, added that he was keen to carry on his habit of the last two years of identifying with Ramadan.

On Monday, Guterres visited a rehabilitation centre for victims of Boko-Haram and an Internally Displaced Persons (IDPs) camp in Maiduguri, the capital of Borno State, where he said with what he had seen, Nigeria would be able to defeat terrorism. 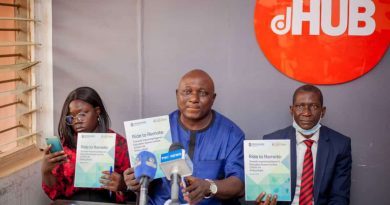