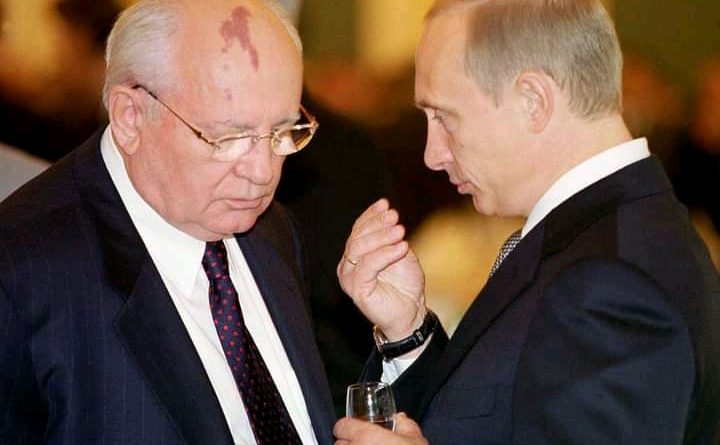 There are a lot of grey areas in the arguments over the Ukrainian crisis that need pointing out. I think more than any other in recent memory, this is a crisis that seems to have forced most commentators to compromise some of their stands as part of efforts towards finding a middle ground because at the heart are two major issues.

One is the inalienable right of a sovereign state to first exist, and second make choices it deems right for its citizenry. Then there is the other issue which has to do with the debate over how “one man’s right to swing his arms should stop where another’s right to defend his nose begins”.

There seems to be an agreement among some opinion leaders that the West, especially the United States of America should have a lion’s share of the blame for this crisis. But while they are unanimous in insisting that America should share in the blame, they waste no time in condemning, in its entirety, Russia’s invasion of Ukraine.

The consensus is that had America pursued a different policy towards Russia say 30 years ago, things may have been different today; but there seems to be no agreement on the extent such policy shift could have reshaped Vladmir Putin’s innate aspirations of a greater Russia. For them, who knows if, even without NATO expansion into the former Soviet bloc, Putin would still have been Putin?

Writing in the New York Times, Thomas Friedman notes that the ill-considered decision by the U.S. in the 1990s to expand NATO after — indeed, despite — the collapse of the Soviet Union gave Putin a cogent reason not only to pursue his obsession, but also to destabilize the region in the process without regards to existing international norms.

Another man who condemned NATOs expansionist drive was George Kennan, one time US Ambassador to the Soviet Union and one who is regarded as the architect of America’s containment of the USSR during the Cold War era. Speaking of NATO expansionist drive, Kennan, “I think it is the beginning of a new cold war. I think the Russians will gradually react quite adversely and it will affect their policies. I think it is a tragic mistake. There was no reason for this whatsoever. No one was threatening anybody else. This expansion would make the founding fathers of this country turn over in their graves.

“We have signed up to protect a whole series of countries, even though we have neither the resources nor the intention to do so in any serious way. [NATO expansion] was simply a lighthearted action by a Senate that has no real interest in foreign affairs. What bothers me is how superficial and ill informed the whole Senate debate was. I was particularly bothered by the references to Russia as a country dying to attack Western Europe”.

Few other individuals who were in the know have expressed similar views that by continuing to pursue its expansionist policy, NATO did set off a nerve in Vladmir Putin that may have inadvertently influenced his unwavering resolve to resurrect the soviet empire.

They opined that while the events of the last three decades may have led to a policy shift in Russia’s relationship with its neighbours.

Putin however, should be held accountable for the way and manner he has gone about expressing his intention, with some adding that Putin would still have turned out the bully he is even without NATO’s expansion. Putin, they agreed, is still hurting from the collapse of the Soviet Union, and on a mission to recreate the Soviet empire.

For example, Putin’s claim that Ukraine’s sovereignty is non-existent has nothing to do with NATO’s expansion. This is because he has never believed Ukraine should be independent. While he reluctantly accepted the independence of other soviet countries, he never accepted that of Ukraine right from when the Russian government under Boris Yeltsin granted Ukraine’s independence request.

This shows that Putin nurses a dream of post Soviet Russian empire expansion thus his antagonism to any other regional expansion that may affect his own dreams. And this is basically why he sees NATO’s expansion as an affront.

It could be recalled that Putin told Russians last week that Ukraine has no claim to independence, but is instead an integral part of Russia — its people are “connected with us by blood, family ties,” he said. This stand made some commentators see Putin’s “onslaught against Ukraine’s freely elected government as the geopolitical equivalent of an honor killing”.

To push his plan further, he made a very spurious claim aimed at hoodwinking Russians by saying that Ukraine plans to acquire nuclear weapons. This is quite ridiculous because it goes against the grains of facts. It could be recalled that at the implosion of the Soviet Union, Ukraine was home to the world’s third-largest nuclear arsenal at the time. But through the diplomatic support of the United States, Ukraine was made to surrender its nuclear weapons to Russia.

This was in line with the Budapest Memorandum on Security Assurances (1994) and Ukraine played along because it received “guarantees” of its territorial integrity and the document was signed by the ‘guarantors” of that territorial integrity: the US, the United Kingdom, and Russia, alongside Ukraine. It was the same process through which Belarus and Kazakhstan relinquished the smaller nuclear arsenals they had inherited from the USSR to Russia.

Why is the above piece of history important to this discourse? I wanted us to know so when some commentators ask “wetin concern America and Britain for Ukraine matter” they should know that both countries were signatories to a document where it was agreed that Ukraine’s territorial integrity should be protected.

You may now understand why Ukraine was pressured into desiring something more than that piece of document, and the document couldn’t keep Putin away from breathing down its neck.

With this invasion, Russia has put other former USSR countries on red alert. Sensing this, Putin assured Azerbaijani President Ilham Aliyev that Russia does not “plan to reinstate the empire in former imperial boundaries.” But he assured the world few weeks ago that he was not planning to invade Ukraine, so Azerbaijan and co should start warming up.

Nina L. Khrushcheva, Great Granddaughter of Nikita Khrushev wrote that Putin’s claims that he wants to “denazify” Ukraine is quite ridiculous not least because Ukraine’s president, Volodymyr Zelensky, is Jewish.

She went further to suggest that Putin may have been influenced by the works of the dissident author and Nobel laureate Aleksandr Solzhenitsyn, who romanticized the desire to restore the Orthodox Christian kingdom of Rus’ – the basis of Russian civilization – by building a “Russian Union” encompassing Russia, Ukraine, Belarus, and the ethnic-Russian areas of Kazakhstan.

Unsurprisingly, this is an unwinnable war. Putin may be frustrated into deploying more devastating weapons to level Ukraine to the ground, unconfirmed reports this morning claim that cluster bombs are being deployed, which has brought in the ICC into the fray.

But that may even toughen the resolve of Ukrainians to continue fighting till last drop. I watched over five videos where civilians confront Russian amoured tanks with bare hands. I also saw crowds of civilians waving Ukrainian flags chanting at Russian soldiers to go home. That is a sign of exceptional resilience from people who are willing to give their all and unafraid to die; such people are the most difficult to deal with.

This battle may soon end, that is if both parties agree to a ceasefire, or when the 64km long convoy of military equipment enters Kiev, but this war will never end in the foreseeable future. But if he succeeds in ousting the Ukrainian government, he will not be able to occupy Ukraine successfully.

I will conclude with a very instructive observation from Thomas Friedman: “Countries and leaders usually react to humiliation in one of two ways — aggression or introspection. After China experienced what it called a “century of humiliation” from the West, it responded under Deng Xiaoping by essentially saying: “We’ll show you. We’ll beat you at your own game.”

“When Putin felt humiliated by the West after the collapse of the Soviet Union and the expansion of NATO, he responded: “I’ll show you. I’ll beat up Ukraine.”

As earlier mentioned, we can agree that NATO played a major role in creating this monster, but that should not exonerate the monster from liability of his actions. 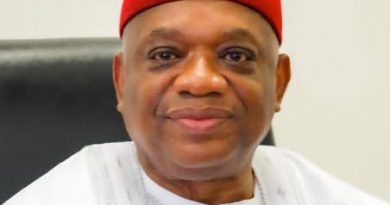