On Tuesday, the senators had two executive sessions, each lasting about two hours.

The lawmakers’ plan to override the president was conceived during the second session, according to the Daily Trust.

The passage of the 2022 appropriation bill, which had been slated for Tuesday, was postponed, according to senators who attended the sessions, because several of them insisted on overriding the president before passing the fiscal document.

However, many people are skeptical that the senators will succeed in getting their way, given that President Buhari enjoys widespread backing from senators and unwavering allegiance from the ruling All Progressives Congress leadership (APC).

Buhari had in a letter to the National Assembly, dated December 13, 2021, titled ‘Withholding of assent to Electoral Act (Amendment) Bill 2021’ withheld his assent to the Electoral Act Amendment Bill, citing economic, security, and legal issues.

While faulting the removal of indirect primaries as contained in Section 87 of the Electoral Act 2010, Buhari said the amendment as proposed violated the underlying spirit of democracy, which is characterised by freedom of choice.

The president also said the amendment would also stifle smaller parties without the enormous resources required to mobilise all their members for the primaries. This, he said was not healthy for the sustenance of multi-party democracy in Nigeria.

Section 58 (5) of the 1999 Constitution empowers lawmakers to override the president.

It reads; “Where the President withholds his assent and the bill is again passed by each House by a two-thirds majority, the bill shall become law and the assent of the President shall not be required.”

During the plenary yesterday, many senators said reasons advanced by the president did not hold water, saying refusing to assent to the bill amounted to rejecting the will of the people.

Midway into the session, the Senate dissolved into executive session following a point of order by Senator George Sekibo (PDP, Rivers).

Sekibo said the Senate needed to discuss the president’s decision to withhold assent to the much-awaited bill before passing the 2022 budget.

The closed session, which commenced at 1.57 pm, lasted for about 40 minutes.

Several senators confirmed that signatures were collected in the chamber to get the buy-in of lawmakers to override the president’s veto.

Sekibo, after the Senate adjourned sitting to Wednesday, said: “By law, we have the power to override him (Buhari). That is what Section 58 (4 & 5) of the constitution said.

“We have collected signatures, about 73, to override the veto and it cuts across party lines.”

A ranking lawmaker, who corroborated Sekibo’s claims, said there was a groundswell of support to override the president.

“We are praying that it is going to happen tomorrow (today). We just signed up, everybody wanted it, today alone, 78 senators signed, but then they started throwing spanner in the works because at first the Senate president, he is full of pretence, he pretended that he believes in it then all of a sudden he asked for a private audience and suspended plenary and then he left,” the senator said.

The lawmaker said governors had also moved in to persuade them from overriding the president.

There are allegations that many governors don’t want direct primaries, a development that pitched them against members of the National Assembly.

“Governors have moved in and they have started calling so that we will not get the required number. I am afraid some of our colleagues might pull out,” the lawmaker said.

Another senator, who preferred not to be named, said all members of the Senate present at plenary, except the presiding officer, supported the decision to override the president veto on the bill.

“We are coming tomorrow to decide on the bill. The decision to override the president on the electoral bill has the support of all senators that were present. Only Lawan was on the other side,” he said.

Efforts to hear from the spokesman of the senate president, Ola Awoniyi were not successful as he did not pick his calls.

Senator Abba Moro (PDP, Benue) said the reasons given by President Buhari to withhold assent were not enough and that senators were fully prepared to override him.

An APC lawmaker from the North said the passage of the 2022 budget was suspended following the insistence of his colleagues.

“They have the numbers now. As at last count, they had 81. The number keeps increasing. It has been agreed that votes be taken tomorrow. From all indications, the president’s veto would be overridden,” he said.

Senator Matthew Urhoghide (PDP, Edo) said the federal lawmakers consulted widely across their constituencies to reach an informed decision on the bill.

“This is not the first time it is happening in Nigeria. The NDDC Bill of 2001 was vetoed by National Assembly under Obasanjo who was a PDP president.

“The National Assembly should extricate itself from public disrespect by going ahead to override President Buhari. History stares National Assembly in the face if indeed it is not a rubber stamp legislature,” he said.

We must reform our electoral system – Gbajabiamila

At the House of Representatives, the Speaker, Femi Gbajabiamila, after reading the president’s letter, said they included in the bill provisions that would enhance the conduct of the country’s elections.

“When we return in the New Year, we will resume our efforts to reform the electoral system in our country. And we will do it together. That is what the Nigerian people expect of us, and we will do our duty for God and our country.

“Whichever way it pans out, we must not throw out the baby with the bathwater and must deliver a credible and enduring electoral system to Nigerians. Every law is a living document and as long as it has breath, it must survive,” he said.

Fayemi backs president as govs reach out to legislators

The Chairman of the Nigeria Governors’ Forum (NGF) and Governor of Ekiti State, Dr Kayode Fayemi, has said that the governors were not fixated about any mode of primary election to choose candidates of political parties.

He said this on Tuesday after a meeting with President Muhammadu Buhari at the Presidential Villa, Abuja.

Fayemi, who met the president on behalf of his colleagues, said direct primary, indirect primary and consensus as different modes of producing candidates for major elections had their peculiar challenges.

The governor said the courage of Mr President to stand with the people should be commended, stressing that President Buhari had “only said be fair to all, let all options apply and what you decide should be determined by your own local and peculiar circumstances.”

He said the governors’ interest and concern were that opportunities should be given for an inclusive process. 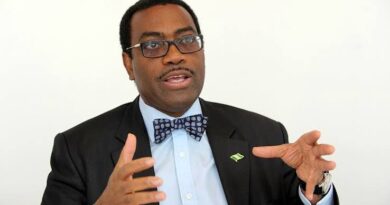 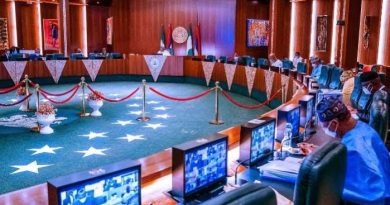