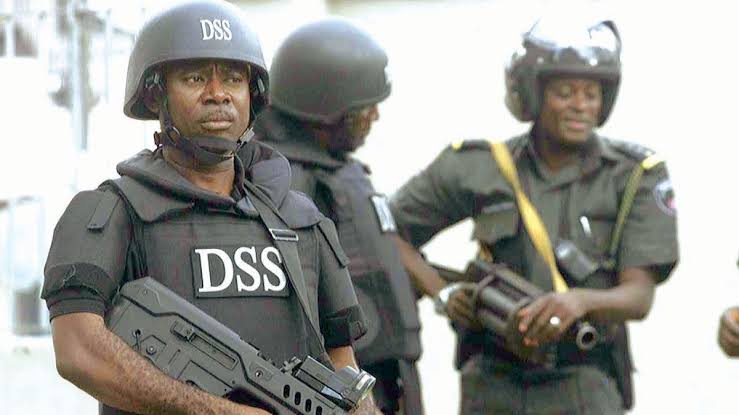 .
Seven traditional rulers and their family members have been kidnapped in the last two weeks, according to Sunday PUNCH reports.

Following a security advice issued by the Department of State Services, gunmen targeted traditional leaders in different parts of the country, including the South-East and South-West.

While some were kidnapped and forced to pay huge ransoms to be released, others were murdered by the criminals.

According to the findings, four monarchs were kidnapped and two were killed.

During the time period under consideration, three members of a district chief’s family were also kidnapped.

The DSS had on December 15 issued an advisory that Very Important Persons, especially lawmakers and holidaying workers, were prone to attacks during this period.

The secret police Public Relations Officer, Dr Peter Afunanya, handed down the warning at a press briefing in Abuja.

Afunanya had said, “Recessing members of State and National Assembly and other public /private sector workers on vacation may be predisposed to threats of various degrees. These individuals are susceptible to kidnapping, hijack, assassination, armed robbery and political manipulations.

“They are advised to be security-conscious in order not to fall victim to these attacks and destructive political maneuvers.”

However, checks by Sunday PUNCH revealed that on December 15, gunmen abducted and killed an Imo monarch, Paul Ogbu, and one other in Okigwe.

Another traditional ruler, Acho Ndukwe, who was kidnapped with Ogbu, disclosed that the abductors killed him.

On December 23, a traditional chief, Emmanuel Obafemi, the Odolofin of Ijan-Ekiti, was abducted and N40m was demanded as ransom. He was later released after paying N2m.

On December 26, the paramount ruler of Gindri in the Mangu Local Government Area of Plateau State, the Sum Pyem, Mr Charles Mato, was abducted. A whopping N500m ransom was demanded for his release.

Also, on December 21 bandits kidnapped the wife and three children of a District Head in Adamawa State, Ardo Mustapha Ahmadu.

Meanwhile, the DSS similarly experienced an attack on its base in the Abaji Area Council of the Federal Capital Territory as suspected kidnappers killed one vigilante and abducted one DSS officer.

The coordinator, Northern Alliance Movement, Yahuza Getso, said the development showed that no one was safe in the country.

“And Lai Mohammed (Minister of Information and Culture) said the Buhari regime has recorded significant progress in the area of security. This administration has exhibited it lacks the competence to tackle insecurity. The truth of the matter is that no one is safe; the president is an absolute failure. We will not forget this administration for bad. This is a very unorganised and confused government,’’ he said.

The Director-General, International Institute of Professional Security, Tony Ofoyetan, said the inability to rein in the criminal elements have emboldened them to carry out dastardly attacks.

JUST IN: Buhari Bans CBN from Funding Food Import in 2021