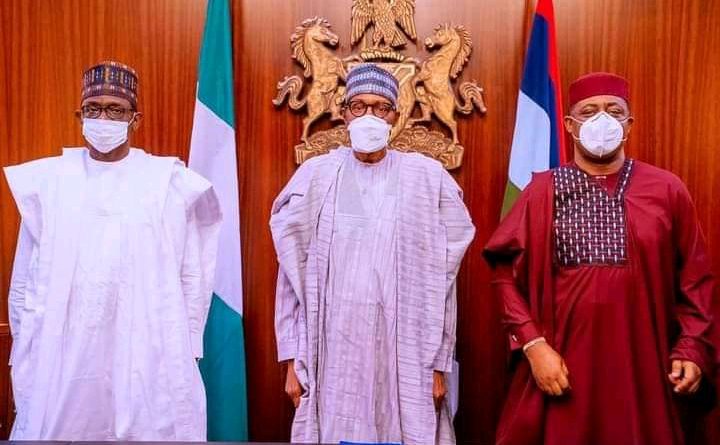 All Progressives Congress (APC) governors at the weekend foiled a plan to shift the party’s convention.

Chairman of the Caretaker Extraordinary Convention Planning Committee (CECPC) and Yobe State Governor Mai Mala Buni was mandated to discuss the date with the President ahead of the committee’s meeting.

The President affirmed the February 26 date at the meeting with Buni on Monday.

Some National Caretaker Committee members rooting for the postponement of the convention were overruled at the governors’ meeting, a source said.

READ ALSO: IBB: How Abacha Deceived Activists, Prominent Nigerians to Get Into Power

But, to convey an impression of a win-win situation at the Sunday meeting, the governors passed a vote of confidence in Buni.

The governors are, however, keeping a tab on some backers of the CECPC on the plot to stop the convention through a court order.

President Buhari, who had received many representations, supported the governors’ push for a democratic structure in the party instead of the continuation of an ad hoc leadership.

The President also directed the CECPC to keep to its earlier proposal to hold the convention in February.

A source said the CECPC presented a proposal on why the national convention cannot hold next month.

The caretaker committee pleaded for time to conclude party congresses in some states; conclude ongoing reconciliation by the Senator Abdullahi Adamu Committee; and resolve ongoing cases in courts.

But, the pro-convention governors, who had secured a majority before the meeting, rejected the proposal.

The governors felt that time was not on the side of APC as it prepares for next year’s polls.

A source, who spoke in confidence, said: “We did not just agree on the February 26 timeline for the national convention of the party; we had some arguments.

“The CECPC advanced reasons the convention cannot hold in February. The excuses were the prevalent court cases, the ongoing reconciliation and the inconclusive party congresses in one or two states.

“Some governors said the alleged challenges listed by the Caretaker Committee were not enough to shift the national convention.

“They cited cases of the opposition Peoples Democratic Party (PDP), which conducted its national convention, despite the fact that its immediate past National Chairman, Prince Uche Secondus, is still in court.

“Some governors also drew the attention of the Progressive Governors Forum to the fact that PDP conducted ward congresses in some states about one month after its national convention. They also said reconciliation is a continuous process.”

Another source said: “Following incontrovertible arguments, the governors overruled the CECPC’s proposal to postpone the convention.

“At the end of the day, the majority had their way. Those supporting the caretaker committee were shocked, but they had no choice but to abide by the decision of the majority.

“We later agreed on February 26 timeline for the convention, but with a consensus that the date will not be announced until after Buni’s consultations with the President.

“We also directed the CECPC to immediately set up sub-committees for a smooth national convention.”

A top party leader gave insight into why President Buhari backed the decision of the governors.

He said: “So, we mandated Buni to convey our decision to the President, who had received representations from many governors on the February timeline for the national convention.

“By the time Buni got to the President, there was no room for the second opinion because the President wanted a democratic structure in the party. He was ready for the feedback from the meeting and he stamped his feet.

“Buhari also felt the CECPC should keep to its promise to hold the convention in February.”

There were, however, fears last night that some backers of the CECPC were plotting to go to court to stop the convention.

A pro-convention governor said: “We know they want to go to court to stop the convention but we are monitoring the situation. Time is not just on our side.”

Yesterday, Buni told reporters that the convention, which was initially slated for December last year, will hold on February 26.

Speaking at the APC Progressive Women Conference in Abuja, Buni assured women delegates of the party’s resolve to give concession to women and youth during the convention.

He urged them to seek positions at the convention and during next year’s election.

He said: “We look forward to having more women contesting in the forthcoming National Convention of the party slated for February 26th, 2022 and the 2023 general elections.

“The party under my stewardship conducted the membership registration and revalidation exercise.

“We found it expedient to constitute a special committee on women and youth before the commencement of the exercise. The roles you played made the membership registration and revalidation exercise a huge success,” he said.

The Caretaker Committee Secretary, Senator John James Akoanudoedehe, said details about the guidelines and various sub-committees will soon be released.

On the zoning arrangement for the convention, Akpanudoedehe, who refused to disclose any information, said: “I have been asked by the CECPC to inform you that the party’s national convention will hold on February 26, 2022, and further details and guidelines will soon be released.”

It was gathered that the CECPC meeting was later adjourned to continue today at the Muhammadu Buhari House, Abuja.

Setting the agenda for the convention, the Chairman of Nigeria Governors Forum (NGF) and governor of Ekiti State, Kayode Fayemi, advised the CECPC to use the convention to define the focus of the party.

He said: “We are going into our convention. I will like to plead with the chairman (Buni) that we should make this a policy convention, where we can specifically take, one by one, all aspects of life for our people to know what we have done in the last six years; what we are still going to do roughly in the next 17 months left to our government and how we will consolidate on that by ensuring that we elect another APC President in 2023.” 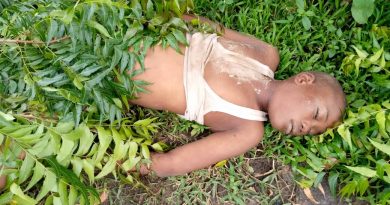 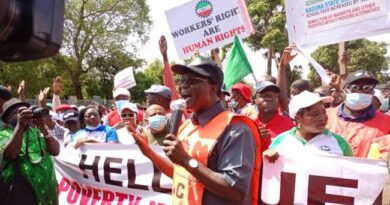