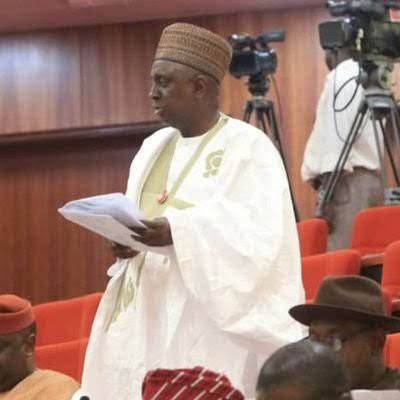 Sen. Oloriegbe, on Friday, while hosting the Association of Kwara Online Media Practitioners (ASKOMP), at his Ilorin GRA residence, said he had facilitated quality, impactful and sustainable projects and programmes to Kwara Central.

The first-time Senator, disclosed that he had rehabilitated hospitals, constructed classrooms, dug boreholes, empower entrepreneurs and provided modern toilets in all the four local government areas in his constituency.

According to him, all the projects are already serving their benefiting communities.

Speaking on the construction of modern toilets by him in some communities, Oloriegbe revealed that the P-WASH toilet facilities will promote public health, improve hygienic living, while providing clean and safe water for the people.

”Each toilet has a dedicated borehole for its maintenance, and provision of clean water. It is laughable that some people are trivializing it because of politics. Some States in Nigeria are still battling with cholera, but we are being proactive by providing such projects.

”In addition, I equipped the Ogidi Health Centre due to its deplorable condition. The University of Ilorin Teaching Hospital (UITH) is battling an infrastructural deficit, and it is painful for me as a medical doctor. Interestingly, I facilitated the extension of electricity to the hospital, and now constructing a hall for training of medical students. I have written to the Presidency, Ministry of Health and others to get special intervention after interacting with the CMD,” he disclosed.

Sen. Oloriegbe, the Chairman Senate Committee on Health, said he has sponsored seven bills including the bill for the ‘Establishment of Federal Neuro-Psychiatric Hospital Budo-Egba’ in Asa local government area of the State.

He added that he has also provided sustainable empowerment for over 500 beneficiaries, drawn from 52 wards in Kwara Central.

He commended ASKOMP for their efforts toward sanitizing the online media space and encouraged them to continue to improve their knowledge.

The Senator, while soliciting partnership with ASKOMP, however advised journalists to always fact-check their reports to prevent spread of fake news and falsehood which might be harmful to public safety and prioritize community development in their reportage.

Earlier, ASKOMP Chairman, Salihu Shola Taofeek, said the association will organize a workshop to improve the performance of over 25 online media outfits and 100 journalists working with different platforms.