JAMB and Myth of Declining Education Standards, By Farooq A. Kperogi

The mass failure in this year’s JAMB-administered Unified Tertiary Matriculation Examination (UTME) has inspired yet another familiar and predictable national mourning about the fall in education standards and about the decline in English proficiency.

I want to buck the trend and suggest that notions of decline in standards are usually only a product of rosy retrospection (i.e., the tendency to look at the past more positively because it has faded from our active memory) or chronocentrism (i.e., the unfounded belief that one’s generation is superior to generations that came before and/or after it).

I’ll show here that there was no time in the history of humankind when standards were thought to be perfect or even adequate. In fact, chronocentric put-downs of the education and linguistic skills of younger generations is a millennia-long obsession.

In his book titled Famous Last Words: The American Language Crisis Reconsidered, Harvey A. Daniels tells us that there are records of pedagogical apprehensions about falling standards of writing and grammar since more than 4,000 years ago in Sumerian, the world’s first written language. “It seems that among the first of the clay tablets discovered and deciphered by modern scholars was one which recorded the agonized complaints of a Sumerian teacher about the sudden drop-off in students’ writing ability,” he wrote.

The Economist’s “Johnson” language column of February 12, 2015 quoted the Sumerian language teacher to have said the following about the decline in standards of the time: “A junior scribe is too concerned with feeding his hunger. He does not pay attention to the scribal art.” We still say the same thing of younger generations: that they’re too fixated on survival and inane distractions such as social media to bother with learning.

Snooty scholars and teachers started to complain about the “decline” in the quality of the English language since at least the 1300s. William Langland, an English author, is probably the first recorded chronocentric pedant to bemoan the fall in the standard of English.

The Economist quoted him as having written, sometime in the 1300s, that, “There is not a single modern schoolboy who can compose verses or write a decent letter.”

The magazine also exhumed a quote from 1387 attributed to an English monk and historian by the name of Ranulph Higden who thought the English tongue was being contaminated by inelegant mixing with Norman French and Vikings. (French people from Normandy conquered the English in 1066 and colonized them for years, including imposing Norman French as the official language of the country).

“By commiyxtion and mellyng, furst wiþ Danes and afterward wiþ Normans, in menye þe contray longage ys apeyred and som useþ strange wlaffyng chyteryng, harryng, and garryng grisbyttyng,” he said. Of course, this is Middle English (as English spoken from 1100 to 1450 is called), which is incomprehensible to many Modern English speakers. Thankfully, the Economist translated it into modern English thus: “English speakers had taken to ‘strange, articulate utterance, chattering, snarling and harsh teeth-gnashing’, bad habits he put down to the mixing together of Anglo-Saxons, Vikings and Norman French.”

In 1672, famous English poet John Dryden thought everyone in his generation spoke and wrote terrible English, which departed from the inimitable standards left by Shakespeare and his contemporaries: “It is not their plots which I meant, principally, to tax; I was speaking of their sense and language; and I dare almost challenge any man to shew me a page together, which is correct in both. … [M]alice and partiality set apart, let any man who understands English, read diligently the works of Shakspeare and Fletcher; and I dare undertake that he will find in every page either some solecism of speech, or some notorious flaw in sense,” he wrote.

In the 1700s, English satirist Jonathan Swift said the decline in the standards of English was so enormous that it warranted the establishment of a language academy to police grammar and usage, although, ironically, he thought French, which had (and still has) a language academy, was in a worse state than English. “Our Language is extremely imperfect; that its daily Improvements are by no means in proportion to its daily Corruptions; and the Pretenders to polish and refine it, have chiefly multiplied Abuses and Absurdities; and, that in many Instances, it offends against every Part of Grammar,” he wrote.

In 1762, Robert Lowth, whom the Economist called “probably the most influential English grammarian of all time,” wrote a grammar book in which he pilloried the grammar of even English greats like Shakespeare, John Milton, and writers of the King James Bible. “Our best authors have committed gross mistakes, for want of a due knowledge of English grammar,” he wrote.

In 1786, James Beattie, a Scottish poet and philosophy professor, lamented that, “Our language is degenerating very fast.”

In 1852, Victorian poet Arthur Hugh Clough also tore apart the quality of grammar and writing of his time. “Our own age is notorious for slovenly or misdirected habits of composition,” he wrote.

Anxieties about the decline in the quality of English isn’t limited to Britain; it also manifested early in America. A Scottish writer by the name of Captain Thomas Hamilton who visited America in the 1800s wrote: “Unless the present progress of change [is] arrested…there can be no doubt that, in another century, the dialect of the Americans will become utterly unintelligible to an Englishman.” Nearly 200 years after, it hasn’t.

In 1879, a Harvard University professor by the name of Adams Sherman Hill condemned “the work of even good scholars disfigured by bad spelling, confusing punctuation, ungrammatical, obscure, ambiguous, or inelegant expressions.”

In a well-cited 1889 essay titled “Methods of Study in English,” an American by the name of M. W. Smith wrote: “The vocabularies of the majority of high-school pupils are amazingly small. I always try to use simple English, and yet I have talked to classes when quite a minority of the pupils did not comprehend more than half of what I said.”

In 1917, yet another American by the name of Charles Henshaw Ward said, “From every college in the country goes up the cry, ‘Our freshmen [i.e., first-year university students] can’t spell, can’t punctuate.’ Every high school is in disrepair because its pupils are so ignorant of the merest rudiments.”

In a 1961 book by J. Mersand titled Attitudes toward English Teaching, we read the following: “Recent graduates, including those with university degrees, seem to have no mastery of the language at all. They cannot construct a simple declarative sentence, either orally or in writing. They cannot spell common, everyday words. Punctuation is apparently no longer taught. Grammar is a complete mystery to almost all recent graduates.”

Finally, in a 1978 book by Arn Tibbets and Charlene Tibbets titled What’s Happening to American English?, the following sentence appears: “The common language is disappearing. It is slowly being crushed to death under the weight of verbal conglomerate, a pseudospeech at once both pretentious and feeble, that is created daily by millions of blunders and inaccuracies in grammar, syntax, idiom, metaphor, logic, and common sense…. In the history of modern English there is no period in which such victory over thought-in-speech has been so widespread. Nor in the past has the general idiom, on which we depend for our very understanding of vital matters, been so seriously distorted.”

If you go back to Nigerian newspapers from the 1960s until the immediate past, you will encounter similar declinist narratives about our educational system, yet most of the people who despise the younger generations aren’t good advertisements of the bygone “golden eras” they sentimentalize.

It is apparent that there has never been an age in the history of humankind when education and language use were considered perfect, when people didn’t have anxieties about decline in standards. This is true not just of English but of all languages. In other words, there was never a golden age. Nor would there ever be. So, let’s stop beating ourselves up. 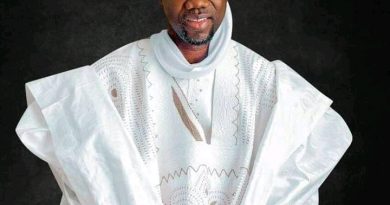 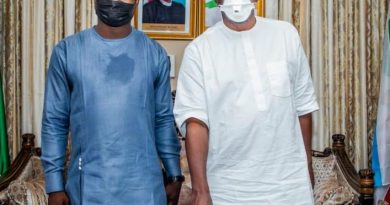 AbdulRazaq: The Man with the Midas Touch, By Fafoluyi Olayinka