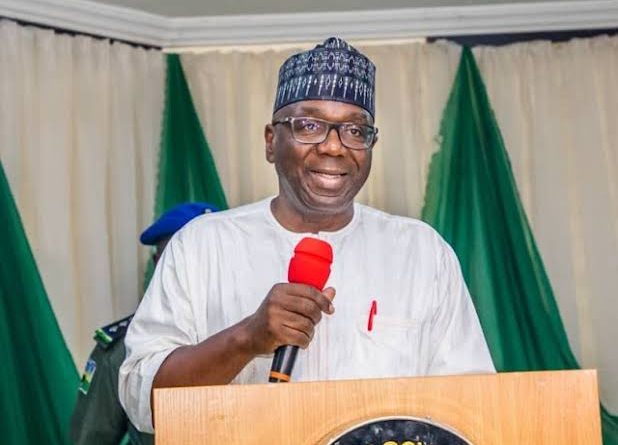 Gov. AbdulRahman AbdulRazaq of Kwara on Thursday in Ilorin says the State Government will replicate the initiative of the University of Ilorin GGMax Integrated Commercial Poultry Farm with the Central Bank of Nigeria (CBN).

AbdulRazaq, who was represented by Mr George Towoju, the state Commissioner for Communication, said this on the sidelines of the official inauguration of UNILORIN GGMax Integrated Commercial Poultry Farm.

According to him, the state government is exploring avenues to collaborate with CBN to establish integrated commercial poultry farms for the employment of the teeming youths in the state.

“Kwara has added advantage due to its strategic position and environment that is favourable for animal husbandry and poultry farms,” he said.

He described the university’s GGMax poultry farm as a model for the state, institutions of learning and other commercial farmers in Kwara, adding that the farms will promote research and knowledge.

The governor commended the university for the giant stride, assuring that the state government will continue to provide conducive environment for businesses to grow.

Prof. Oluwafemi Balogun, the former vice chancellor, Federal University of Agriculture, Abeokuta, advised the Unilorin management not to see the venture as an extension of its statutory social services to its immediate communities, catchment areas, state and nation at large.

He explained that doing so will be at variance with features and practice of a strict business concern that aims at justification for the imaginary monster, fear being exercised for the scheme by other universities.

“I implore the foundation staff and others that would be employed not to import the endemic social services mentality to the business mentality orientation that the business is structured which should be mandatorily imbibed by all,” Balogun said.

In his good will message, Oba Mufutau Gbadamosi Esuwoye Il, the Olofa of Offa, said the project came at the time the nation need proper investment in agriculture.

He asserted that the initiative by the Unilorin management would no doubt improve the landscape of farmers to thrive and improve significantly.

“I am confident this project will further compel our scholars to dive deeper into researching more sustainable ways to improve the value chain,” he said. (NAN)