Some of the presidential aspirants in the Peoples Democratic Party (PDP) are already making alternative plans for their political career in the event that they fail to clinch the ticket later this month.

Three of the aspirants, according to investigation, are believed to be targeting the party’s senatorial tickets as a fallback option while another has his eyes on the governorship race in his state.

Seventeen aspirants were screened by the party on Friday with two disqualified.

“They have chosen not to put all their eggs in one basket,” a party source said yesterday of the aspirants working on their plan B.

Sources said three of the aspirants with plan ‘B’ are from the North while one is from the South.

It was further gathered that two of the aspirants had previously held top positions in the federal legislature.

One of the shadowy senatorial aspirants currently holds an elective office in his state, while the other does not hold any political office at the moment.

The shadowy governorship aspirant currently holds a top elective position in his state for which he is eligible for re-election. He was previously a federal lawmaker and cabinet minister.

The fourth presidential aspirant, who is from the South, currently holds an elective position in his state and he is not eligible to re-contest.

Rivers State governor, Nyesom Wike, appeared to have confirmed the development on Friday when he described himself as one presidential aspirant without a plan ‘B’.

“What I want is the PDP presidential ticket. I did not purchase any senatorial form because I don’t have a plan B. That is why I am asking you to support my presidential aspiration,” he told reporters soon after his interactive session with the PDP Presidential Screening Committee in Abuja.

However, the PDP leadership said the affected aspirants violated no rule if indeed they purchased multiple nomination forms.

In a telephone interview with our correspondent yesterday, the National Publicity Secretary of the PDP, Debo Ologunagba, said the action was in order.

Ologunagba said: “There is nothing wrong if any aspirant purchased multiple nomination forms for different elective positions.

“It’s like paying for Mercedes Benz and Toyota at the same time and abandoning one for the other.

“As a matter of fact, an aspirant can even purchase as many as five nomination forms and choose one and abandon four.

“There are people who purchased nomination forms and even abandoned all at the end of the day. It is allowed.”

Justifying the action further, Ologunagba cited the cases of the incumbent Governor of Sokoto State, Aminu Tambuwal, and former Senate President, Bukola Saraki, during the 2019 elections.

He said: “You may recall that Tambuwal purchased the 2019 presidential and governorship nomination forms but ended up contesting for governor at the end of the day.

“You may also recall that Saraki also purchased both the presidential and senatorial nomination forms in 2019 and eventually settled for the senatorial election.

“So, like I said earlier, an aspirant cannot be said to have broken any rule by purchasing more than one nomination form.”

Saraki and Tambuwal had contested the 2019 presidential ticket of the PDP but lost to former President Atiku Abubakar. 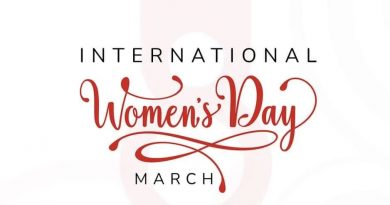 Women Can Do Well If We #BreaktheBias – BBYDI 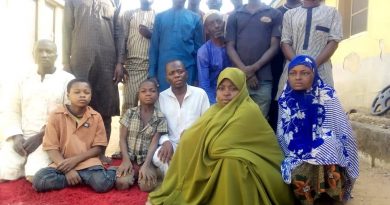