The Police in Kogi have arrested one Mohammed Bako with two AK-47 rifles, a locally fabricated pistol and 41 rounds of ammunition.

In a statement on Friday, the command’s Public Relations Officer (PPRO), Williams Aya (DSP), disclosed that, Bako was intercepted on Idah-Anyigba road by operatives of the Nigeria Police Force, Kogi Command, attached to Anyigba Area Command while on stop-and-search operations.

Aya said that the “suspected gunrunner, kidnapper armed robber” was also found in possession of one locally made Baretta Pistol and 6.7mm ammunition hidden in a sack while on transit in a commercial vehicle.

He therefore noted that the suspect of Koton-karfe Kogi Local Government Area of the state immediately confessed ownership of the arms and ammunition.

He said that investigation into the matter had commenced and would be intensified, adding that the suspect would be arraigned in court on completion of the investigation.

He, however, assured members of the public that the Command was determined to work in synergy with other security agencies in the state to ensure adequate security of life and property. 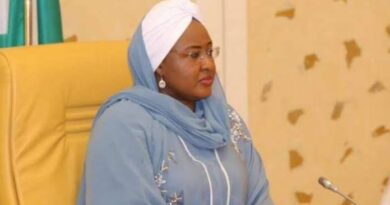