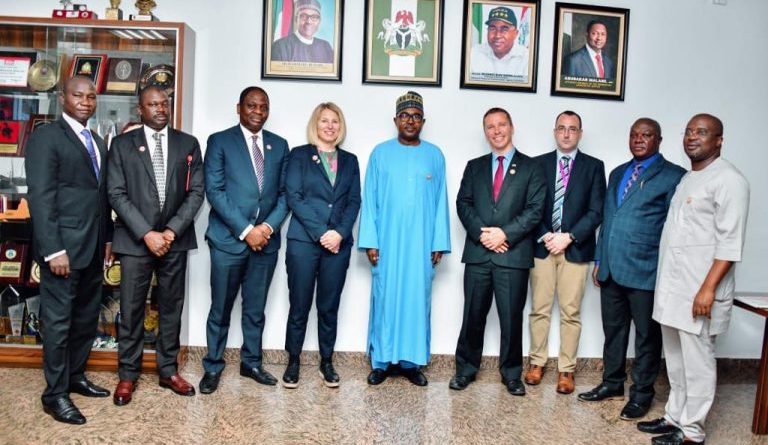 UK to Support NDLEA with £1million

The United Kingdom has said it would provide One Million Pounds (£1million) worth of support to enhance the operations of the National Drug Law Enforcement Agency, (NDLEA) in 2022 and additional provision over a period of three years.

The Director, Home Office International Operations, Nick Fowler, said this when he led a team on a courtesy visit to NDLEA Chairman, retired, Brig.-Gen. Buba Marwa, at the headquarters on Friday in Abuja.

In a statement by the Director, Media and Advocacy, NDLEA, Mr Femi Babafemi, Fowler commended Marwa for the huge success NDLEA had become under his leadership.

Fowler said that the agency had been able to play a significant role by intercepting loads of illicit drugs going to the UK.

He assured that his office was now well positioned to share intelligence with NDLEA.

He also said that the British government was willing to enhance NDLEA’s operations with provision of strategic equipment, logistics and training.

This, he said, were as part of a £1million plan, to be implemented in 2022 with additional support over the next three years.

Earlier, Marwa expressed appreciation to the visiting UK team and the British government for the past support to NDLEA.

He said with the expansion of the operations, commands structure and staff strength of the agency, he would need more support and collaboration from the UK government.

He stated that the President Muhammadu Buhari-led Federal Government had been very supportive of the work of the agency in critical areas.

Marwa, therefore, asked for strengthened intelligence sharing collaboration, provision of essential operational logistics and training among others from the UK government.

The News Agency of Nigeria (NAN) reports that the UK team was made up of Julie Hartfree, Africa Regional Director, and Kris Hawksfield, West Africa Regional Manager, both of the Home Office International Operations. (NAN)