Gunmen in Ebonyi State has killed a National Drug Law Enforcement Agency (NDLEA) operative who has yet to be named. Another officer was injured, according to reports.

He was killed in the early hours of Sunday when gunmen ambushed an NDLEA squad on the Enugu-Abakaliki Expressway’s Ezzamgbo axis.

According to reports, INCNews247 gathered that the incident occurred at 3 a.m.

It was further learnt that the attackers also took a riffle from the officers before setting fire to the NDLEA patrol van.

According to a source, “On 20th Feb. 2022, Sunday morning, at about 300hrs at a drug checkpoint on Enugu Abakaliki Expressway at Ezzangbo, unknown gunmen attacked drug law enforcement agents and shot two drug officers on duty.

“One officer was killed while another one who was shot on the leg, had a fractured his leg. One riffle was collected; one Hilux patrol van was burnt and the names of the victims have not yet been disclosed.”

The three policemen were shot in front of the Ezillo police station having mounted a roadblock on the highway. The attack was around 12 midnight.

The policemen were on a routine stop-and-search operation when the gunmen stormed the place and opened fire on them, killing three of the men. 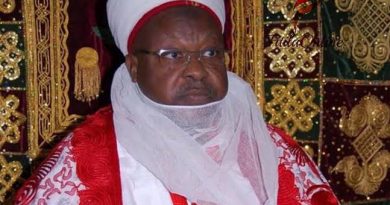