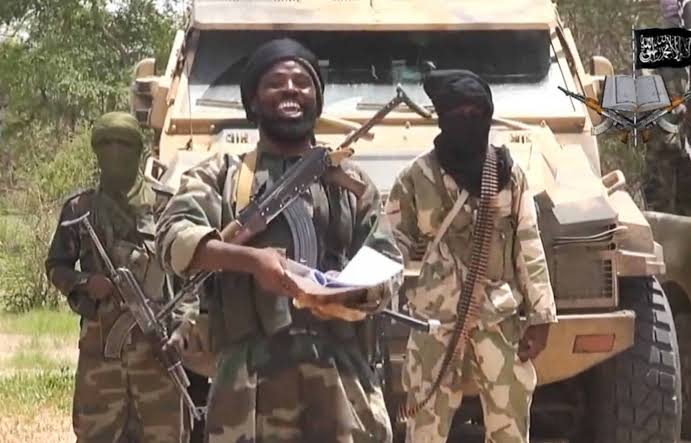 Leader of Nigerian militant terrorist group, Boko Haram has been reportedly killed after a deadly clash between his men and those of the Islamic State West Africa Province (ISWAP) intelligence sources have confirmed to PRNigeria.

The ISWAP, a splinter group of Boko Haram, who has grown in power and influence since it started operating from its territorial base on the banks and islands of Lake Chad has now occupies some section of Sambisa Forest following the latest development.

A situation report (SITREP)by one of the intelligence services sighted by PRNigeria said that, the notorious terrorist leader must have been killed during struggle for power between the Boko Haram and the ISWAP groups.

“DUGURI disclosed that the ISWAP fighters team surrounded the BH leader with his team and shooting ensued between the 2 factions.

DUGURI further added that SHEKAU detonated a bomb and killed himself when he observed that the ISWAP fighters wanted to capture him alive.

“Furthermore, DUGURI informed SULUM that the two sides also lost some fighters during the shooting.

He avered that even Yesterday ISWAP was pursuing ABUBAKAR SHEKAU and he SHEKAU discarded his cap and ran but today the pursuit continued and he was finally killed.

DUGURI asked MODU SULUM if the other BH members who fled are returning to their houses?

“In his response,, SULUM rejoiced over the death of ABUBAKAR SHEKAU and glorified God over the success .He also said few BH members are returning to their houses.”

Meanwhile, Nigerian military has placed all Borno State Commands of the Nigerian Army and Airforce on Alert. The troops have lately been carrying out discreet bombardments around the Sambisa axis and Lake Chad axis which may have triggered the current crisis and strife between the two hitherto collaborators.

Findings reveal that ISWAP has been in pursuit of Shakau which led to him discarding his camp and running off until he was rounded up yesterday which led to his death. The clash also resulted to some casualties on the ISWAP side.

When contacted by PRNigeria, the spokesersons of the military and intelligence services were reluctant to talk. Some of the spokespersons are currently attending a capacity building workshop at the Nigerian Army Resources Centre Abuja. (PRNigeria) 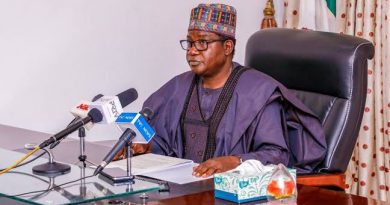