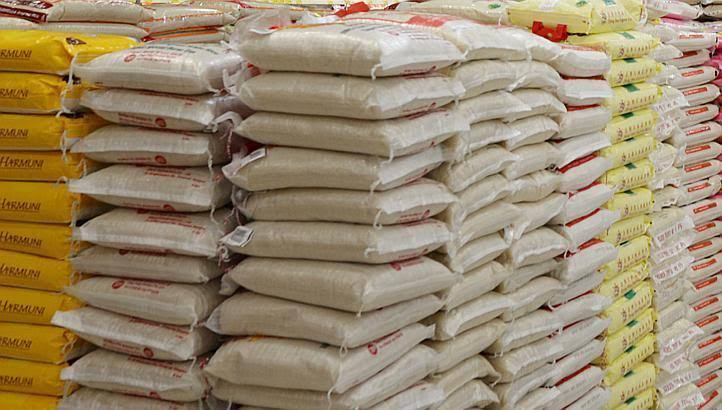 Choosing Between Jobs and Politicians’ Rice

A video showing youths rejecting a truckload of rice from a politician in preference for jobs in an African country has been circulating on social media, and many are drawing lessons from it. It is quite revealing.

The circumstances surrounding the video are not quite clear, but the chant by the young men seems to tell the story: the story of a choice being made. “We want jobs, not rice,” the young men are heard singing as they throw the bags of rice back into the truck, while the ladies watch.

Nigeria like many countries today faces the challenge of joblessness or unemployment, with millions of idle youths who graduate from high schools and universities but do not have places to work. After education, whether formal or informal, the next most important need in the life of a youth is a job.

A job is that role that attaches someone to resources in some form of organised process to produce value that in turn meets someone else’s needs. Jobs involve the use of an individual’s energy, creativity, knowledge and skills to transform resources to values. It is the production of such values in the form of goods and services that keeps an economy going.

A job provides an anchor that attaches the fellow to his social environment and provides a basis for the material existence. An individual with a job looks forward to the next day, first to discharge his duty as entailed in his schedule, and on the basis of that looks forward to his reward. Macroeconomists say the workers are operating in the labour market, where they sell their labour power. In return, they earn wages, salaries, and other forms of reward. With that reward, they in turn can lay hold on other people’s goods and services and demand to purchase them. This is the simple ABC of an economy.

This explains the central role that jobs play in the lives of people. To stay without a job, for an individual ready and available to work, is one sure way to poverty. A jobless man is disenfranchised economically because he lacks the power to lay a claim to goods and services for the satisfaction of his needs.

It is perhaps even worse for younger people, whose emotional intelligence required to suppress want seem relatively weak. With bottled-up power that has no proper channel to be released in a creative form, an unemployed youth can turn into a destructive agent. And when a group of unemployed youth bond for evil, it spells danger for society. This explains the proliferation of gangs and cult groups that now liter our decaying inner cities and slums, with little or no checks, a phenomenon which hopefully does not consume the nation, as banditry, theft and all sort of crimes characterise new norms in many cities of the country. Apart from the recurring inter-group wars, they also constitute a real danger to the safety of city dwellers and others.

Jobs are created; they do not happen or fall from the sky. They are provided, either by the state (government, the size, and ability of which is shrinking) and by entrepreneurs. Jobs are the result of deliberate economic policies made with a clarity of thought based on set national objectives.

While jobs are the result of economic policies, ironically such policies are in some cases dictated or circumscribed by the political milieu, which determines what is done and by who. Politicians can become dispensers of goodwill in place of jobs that come from long-term plans.

When the political economy is perverted, the politicians replace jobs as a means to the people’s right to long-term economic well-being with tokenism, which some refer to as stomach infrastructure. Worse still, it’s dehumanising handouts for a few – onions, rice, and at best a few yards of the cheapest “Ankara” in town. This is represented by those bags of rice ostensibly brought by the politician to curry someone’s favour or the spray of a few Naira notes to hundreds of praise singers or hungry innocent folks, who are meant to fight for survival by struggling to pick their share of the acclaimed “dividends of democracy”.

It is short of treating people like slaves. Before I go too far, I must also be fair to the political elites who feed fat on the greed of the rest of us. Once elected as a councillor, you have become the father of all and you must bear the responsibility of feeding hundreds through handouts.

If only the innocent citizens can reject the handouts, persevere a little more to earn the “full rights” to demand good governance that delivers jobs. If only the few praise singers and agents of malpractice being used by the political elites can be patriotic and demand jobs and not rice. If only you and I can also objectively tame our greed and be more upright in the way we conduct our businesses and do our jobs, perhaps things can get better. A civil servant who commits all sorts of atrocities turns around to say his/her son does not have a job and that the government is bad. The bags of rice of yesterday took away today’s jobs.

Yes, the leaders may have woefully failed us, but I hope we are not worse than the so-called political elites, who possibly laugh at us in their lounges and overseas meetings, and possibly justify their atrocities with the actions of fellow followers. That is a sign of the failure of the system – and every system is made up of leaders (the executive, the legislature, and the judiciary at all levels) and the followers. When the leaders fail to provide good policies, they resort to visiting neighborhoods with bags of rice and similar handouts. Unfortunately, the followers continue to plunge the nation into more doldrums. With these gifts, unscrupulous politicians pass through the backdoor and buy people’s power, not for the productive purpose that jobs provide, but for destructive intents to serve their objectives.

Interestingly, many politicians prefer the status quo because it is cheaper and easier to control the system. However, the choice is ours; we either continue to accept the rice to quench our immediate hunger at the expense of jobs that can uplift us, or we reject the rice to request for jobs that can provide sustainable means of satisfying our hunger.