The residents of Gaa-Akanbi/Agbabiaka in Ilorin South Local Government of Kwara State have lauded the efforts of Governor AbdulRahman AbdulRazaq over the rehabilitation of their road.

It was gathered that the road has been in deplorable condition since the last administration and suffered neglect despite being awarded for rehabilitation/construction many times by the same government.

The residents commended the governor for coming to their aid, saying the rehabilitation of the road will relieve the commuters from unnecessary traffic jam.

A shop owner along the road, Mrs Margaret Ajiboye also expressed her happiness, noting that in the short time, her sales has improved drastically unlike before that customers found it so difficult to stop by and buy from her because of the the dust they were likely to inhale due to the condition of the road.

Ajiboye prayed God to strengthen the Governor as she and her household are set to play their part to ensure the governor’s good work doesn’t stop.

Meanwhile, the Tricycle Owners Association on Nigeria (TOAN), Gaa-Akanbi chapter and the National Union of Road Transport Workers, (NURTW) have heaped praises on the governor for his gesture, saying, the rehabilitation of the road is timely.

Their representatives, Chairman Sulyman Mustapha, Afolabi Sulyman and Omotosho Abduquadir, in their separate submission described the governor as “people’s friendly governor” because he listened to their plight and put smiles on their faces with the road.

They said their tricycles got damaged easily and they spent most of their profits on repairs and purchase of spare parts, thanking the governor for changing the narrative.

They vowed to support the governor 100 percent in his bid for second term, stressing that, with the good works he has been doing since inception, coupled with the rehabilitation of Gaa-Akanbi-Agbabiakan road, it is a must to vote him once more so that he can continue transforming the state. 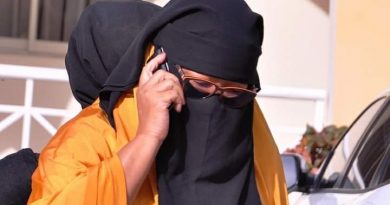 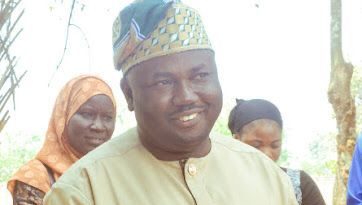