He was abducted alongside some residents in the Kaduna attack.

According to Daily Trust, quoting eyewitnesses, the gunmen invaded the community close to Kasan Dam around 1am.

The gunmen who were said to have shot sporadically operated unchallenged.

A housewife, who pleaded for anonymity, said one of the victims is her husband’s friend.

“We couldn’t sleep due to gun sound that lasted for minutes. Four people were abducted, including a security operative, who lives with us in the community,” she said.

Similarly, a resident who simply identified himself as Zaid told Daily Trust that the bandits injured one other person who was rushed to the hospital for treatment.

He explained that the injured victim’s whose wife and child were abducted later returned home.

As of the time of this report, neither the state government nor the police had reacted to the incident.

Spokesman of the Kaduna Police Command, ASP Mohammed Jalige, did not answer calls. 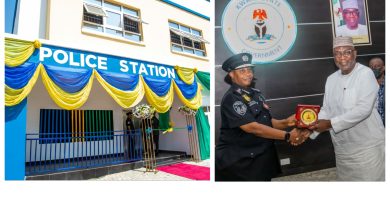