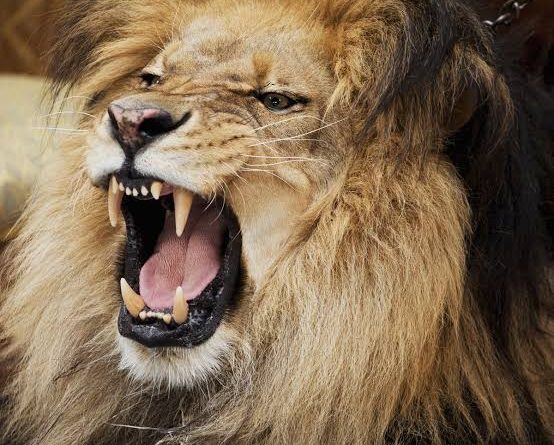 A Lion’s Life They Don’t Show You, by Kelechi Deca

Most stories about the Lion being the king of the jungle, having access to prime choice of food on the menu, living like a true King who sleeps most of the day, wakes up to eat, have sex, and patrol his territory, leaves lots of information out.

The life of a Lion is as hard as a dog’s life, if not harder.

What it enjoys as alpha male of the pride is not comparable to the sacrifices it has to make to remain the top dog, or should I say, top Lion.

The Lion’s Pride is a very interesting community and from my observations, while prides have been known to exhibit a given pattern of behaviours, no two prides are the same.

I have seen prides where the lionesses join the battle to protect the Lion from pride takeover from intruders.

I have also watched a gang up of lionesses against a male where they attack and kill a male as in the video.

Lionesses in a pride have closer links than the Lion. As is the case, the patriarch of the pride is always the outsider with different bloodline while the lionesses are usually sisters, cousins and nieces. So they’re family.

That’s why they take turns in breastfeeding their cubs irrespective of who the mother is, as long as they’re lactating. They also babysit the cubs of others with theirs. It’s family affair. And when one is threatened, the sisters show their fangs in ways humans can’t understand.

In every lion’s pride you see, the pride male is the only outsider by blood relationship because young males are forcefully exiled by their fathers when they get to about three years to first prevent insurrection, and prevent inbreeding with their sisters.

I have also seen instances where the lionesses instigate a pride takeover by sneaking out to have amorous relationships with renegade Lions outside and pass on the cubs to the Pride Lion as his.

Unlike Zebras, Lions do not carry out DNA tests on their newborns, however, they rely on their keen sense of smell to try and confirm if the scent of the cub belongs to him or not.

But highly intelligent lionesses have ways of influencing this process. When they give birth, they usually stay away hidden from the rest of the family for about a month or so before rejoining the pride. The first thing they do is introduce the cubs to the Pride Lion as his offspring.

During this process, if the lioness wants to play a fast one, she would be snugging all over the Lion using her scent to mask that of the cubs to confuse the guy from getting accurate results.

First, if they notice waning strength on the part of the Lion, they know sooner or later there’d be a fight to takeover the pride by other younger and stronger lion. They already know where such potential suitors are so they go there to play their game.

They do this to save their next cubs from infanticide because if the younger lions eventually takes over, first thing they do is kill off the offsprings of the existing pride Lion so the lionesses can go into heat and needing to mate. That way, they ensure their lineage is secured.

Second, a very ruthless patriarch might cause his pride lionesses to despise him. Thus whenever he’s under attack, they eagerly wait for his downfall.

A full grown Lion without a pride is a Lion on a death row, he can hardly feed himself without the lionesses, and without that privilege, he will fall prey to lesser demons like Hyaenas .

When a lion or a group of young lions defeat the patriarch of a pride they are not welcomed by the females of the pride with open arms , in many cases a section of the pride abandons their territory and family to ensure the safety of their cubs.

In actual fact, lionesses are the real the real inheritors and the male lion’s rule is very transient. Lions come and go but the lionesses remain.

At the age of four years most lions are successful in winning a territory of their own , they have about two to three years at the helm of the pride , their prime agenda is to further their blood lines, for which they would go to any extent , including killing the cubs of the other lions.

Normally, a mother lioness would make sure her cub survives , but when they fail and male lions are successful in committing infanticide lionesses accept them as part of the life cycle of being a lioness.

By the time they’re through with this Lion, if it is still breathing, it will run away never to look back. 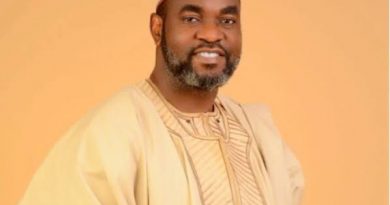 Adedimeji and APU: A Confluence of Academic Excellence 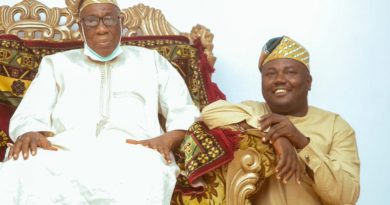