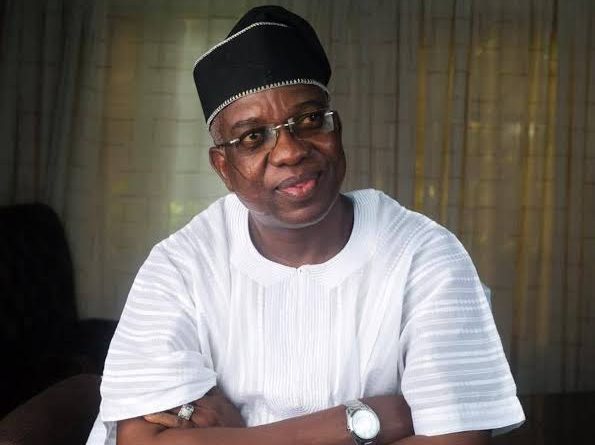 Olaniyan was found guilty of all the allegations levelled against him following the reports of a seven-man panel constituted by the state Chief Judge, Justice Munta Abimbola.

The News Agency of Nigeria (NAN) reports that the chief judge had on Thursday constituted the panel to investigate the allegations levelled against the deputy governor by the lawmakers.

The panel was said to have began its sitting immediately and worked all through the weekend.

The lawmakers, after considering the panel’s recommendations, pronounced the impeachment of the deputy governor and that it should take immediate effect.

The House had in June directed Abimbola to constitute a panel to investigate Olaniyan.

It served the deputy governor with a notice of impeachment over allegations of gross misconduct, abuse of office, financial recklessness, among others, following his defection from PDP to APC.

Fashanu, had also jointly taken the state House of Assembly; the Speaker, Mr Adebo Ogundoyin and Clerk of the House to court over the impeachment move by the lawmakers.

He said: “We appeal for an order of injuction restraining the respondents from enforcing or implementing the judgment on Thursday.

“This is pending the determination of the appeal lodged against the said judgment.

“It’s expedient that an order of injuction be granted so that the outcome of the appeal will not be rendered nugatory.”

Fashanu, however, stressed the need for Nigerians to respect the court processes, being the fundamental principles of the rule of law.

“It is no longer news that His Lordship went ahead to constitute the panel in spite of the clear notice of pending appeal and application for Stay of Execution.

“With Respect to His Lordship, the Honourable Chief Judge, as number one citizen in the Judiciary, should have respected the judicial process,” he said. (NAN)