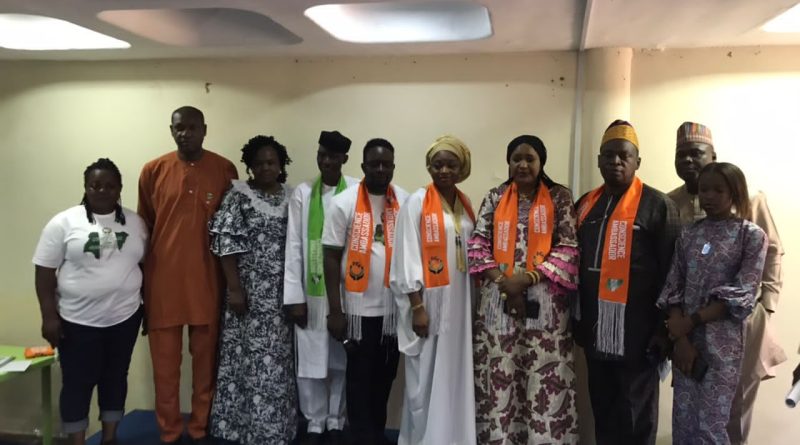 People of No Conscience Deserve No Leadership Position — IHCF

Electing the people of no conscience to the position of leadership has been described as the bane of Nigeria development.

This was the central point of discussion in Abuja recently during an Award ceremony organised by I Have Conscience Foundation, IHCF.

The event tagged: “I am a Nigerian with Conscience Project,” had in attendance various Executive Directors of Civil Society Organisations, Activists, Government Officials among others.

In his remarks, the FCT Coordinator of I Have Conscience Foundation, IHCF, Amb. Peter Dalla said “There is nothing wrong in changing what is wrong,” adding that “What we are doing is a national reformation exercise, design to repair, reform, rebuild and repurify what has gone wrong in the past for a better tomorrow.”

Also speaking, Dr Sanwo Olatunji-David who doubles as the Chairman of the occasion and the National Coordinator of West Africa Civil Society Forum (WACSOF) argued that there are so many people whose conscience have been severed and because of that there are a lot of pressure on the society.

David said the message of conscience revival will be taking to the nook and cranny of the country in order to reawakening the ethics and values Nigeria was known for.

In his words: “We are walking away from here with the candle light to go and beam the light of reawakening the conscience of the people to begin to do that is which is right, that which is acceptable and that which is to bring honour to the society and the country.

“We will revive this spirit of letting us live by our conscience,” he proudly submitted.

Earlier, the Chief Executive Officer of I Have Conscience Foundation, Amb. Asha Kayode Adewunmi noted that the motivation behind the foundation is to see positive changes in the society in the mindset of the Nigerians and the world at large, adding the change of heart to doing right things is also one of its core objectives.

They were tasked to promote the vision and mission of I Have Conscience Foundation.

Responding, the awardees promised to support the organization to reach her core objectives, which among many is to reawaken people’s conscience toward a positive and peaceful behavior in the society.