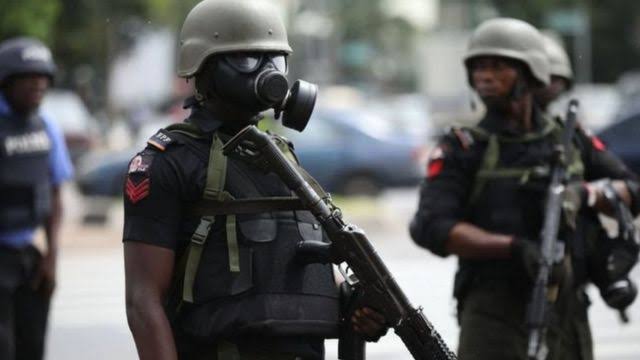 The Kaduna State Police Command has announced that on Saturday, its officers killed two suspected bandits and found an AK-47 weapon and a motorcycle in the state.

This was mentioned in a statement released by the Command’s spokesperson, DSP Mohammed Jalige, on Sunday in Kaduna.

Jalige claimed that the persistent campaign against banditry had been successful, with two criminals killed and an AK-47 rifle, as well as a motorcycle, recovered.

He said that on Saturday at around 8:00 a.m., the DPO Kidandan received a complaint that unidentified armed bandits had abducted farmers who were tending to their farms in the Timburku village, Galadimawa ward, of the Giwa Local Government Area.

According to him, the Commissioner of Police, Mr Yekini Ayoku, immediately ordered the mobilisation of the nearby detachment of Police Operation Restore Peace hitherto codenamed as Operation Puff Adder II, to the area.

He said, “In the hot engagement that ensued with the armed hoodlums, the professional team of Policemen prevailed with their superior firepower.”

Jalige said this led to the neutralisation of two of the bandits, recovery of one AK-47 rifle loaded with two rounds of live ammunition, one motorcycle and a machete while the victims (farmers) were rescued unhurt.

He said, “It’s germane to reiterate that this operational breakthrough could not have been achieved without the timely report/ information by the citizens and, of course, swift response from the Police.

“The Commissioner of Police, once again, enjoins the general public to always confide in the Police and other sister security agencies to promptly report any distress situation as he assures them of speedy and effective response.”

Jalige further stated that an investigation into the incident had since been instituted while surveillance and patrol were on high gear to forestall any further incident as normalcy was restored in the affected area.

The spokesperson, however, enjoined the public to provide information on any person or group found nursing bullet wounds.