The passage of the bill followed the adoption of a report of the Senate Committee on ICT and Cyber Security at Wednesday’s plenary.

Presenting the report, the Chairman of the Committee, Sen.Oseni Yakubu said that the bill sought to provide for the establishment of the National Council for Digital Innovation and Entrepreneurship.

According to him, the council, upon its establishment, would create and develop an enabling environment for technology-enabled start-ups in Nigeria.

Also at plenary, a bill for an act to provide for the ease of doing business to ensure transparency, efficiency and productivity in Nigeria and for other related matters passed second reading.

The bill was sponsored by the Deputy Senate Leader, Ajayi Boroffice (APC – Ondo ).

The bill after consideration, was referred by the Senate President, Ahmad Lawan, to the Committee on Trade and Investment for further legislative inputs.

The Committee was given two weeks to report back to the chamber in plenary.

The bill, sponsored by Sen. Hassan Ibrahim Hadejia (APC – Jigawa), was referred to the Committee on Health (Secondary and Tertiary) for further legislative inputs.

The Committee which has Sen.Yahaya Oloriegbe as Chairman was given four weeks to send its report back to senate. (NAN) 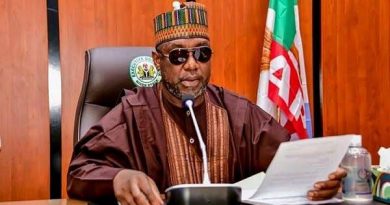