Kwara State Governor AbdulRahman AbdulRazaq at the weekend said the criminal diversion of funds meant for development of basic education amounted to reckless looting of the future of Kwara child.

Speaking at the official signing of MoU for the KwaraLEARN programme, the Governor said it was laughable to hear characters who took part in the looting of public resources for basic education talking about good governance or launching themselves back to public offices in 2023.

He said the administration had spent the last over two years heavily funding basic education to launch Kwara back to national reckoning — seven years after the state was blacklisted for the looting of the UBEC funds in 2013 by the former administration.

AbdulRazaq said the introduction of KwaraLEARN came after the administration had stabilised the system, adding that the programme will give the Kwara child access to 21st century digital education in a sustainable way.

“The former administration misbehaved. They did not invest in education at all. It is indeed saddened to know that they did what they did. We all know what UBEC stands for. It was created by the federal government to assist states with funding of basic education system. In 2013, the state was given about a billion naira and they just stole the money. Since then the state was barred from accessing the funds,” he said.

“The state was blacklisted until 2019 when UBEC started forcing them to pay back. When we came in 2019, there was an outstanding of N450m to be paid. So, we quickly paid that. The sad tale is that there had been no significant investment in education. The school infrastructure had collapsed. Teachers were not paid. Teachers were promoted but they did not back it up. We are just backing it now, some dating back to 2017. Teachers were paid half salaries. Teachers were working as bricklayers to supplement their incomes because they didn’t get their salaries.

“We have come a long way. We are trying to build confidence in our teachers through training and retraining. Nobody was training the teachers talkless of payment of salaries. So, there was a total collapse of the education system. You need to go to our schools, it will take us time to rebuild the classrooms. That’s the story we met. From 2013, it’s not the only money they stole. They also stole the future of our kids. They thought they were only stealing money and their children were abroad studying; they were stealing the future of our kids. It is very sad and unforgivable. Those are the same people abusing us on the internet and say they are coming back to government. Kwarans know why they threw them out. We must all put hands on deck to support robust education system. We will invest in systems like this (KwaraLEARN). With the Education Trust Fund Law, the government will not interfere. We’ll allow it to run on its own to support the education system. Those that want to donate to education in Kwara are welcome to do so. If it is the school furniture or you simply want to adopt a classroom, you are welcome to do so. This is our future and we are not going to toy with it.

“How did we get here (KwaraLEARN) and why are we doing this? Basically, we have invested in education infrastructure in Kwara State to leapfrog and get to where we want to be, I think this is the best thing to do….Our teachers will be trained properly in order to use the new system. So, we embrace Edo system because of the growth there in education. Students are migrating from private schools to public schools with great endorsement from the World Bank. It is expensive but we (the government) have to pay for it. We have to pay for the future of our education. No amount is too much to pay for that. We need kids that can compete globally with their peers not just in Africa but in China, US and UK. That is what we aim at. It will help us to catch up from where we are coming from.” 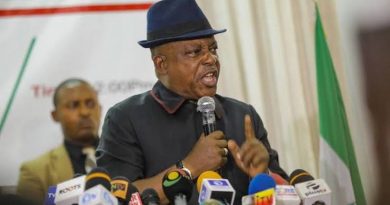 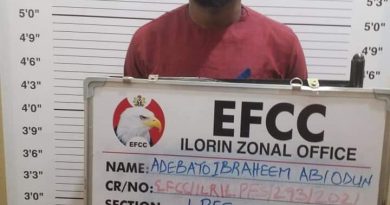