Fr Silas, who is in charge of St. Charles Catholic Church, Zambina in Kauru LGA, was reported missing after he failed to appear for morning mass.

He, however, urged the christian community to remain calm as legitimate processes are being exploited to ensure his safe and quick release.

Fr Okolo was quoted to have said in the statement: “It is with great pain that we announce to you the kidnapping of our Priest, Rev. Fr. Emmanuel Silas. The sad event is believed to have occurred in the early hours of July 04, 2022, when he could not turn up for morning Mass.

“He was abducted from the parish rectory at St. Charles Catholic Church, Zambina, in Kauru Local Government Area of Kaduna State.

Lately bandits have been unleashing mayhem on christians in the state, mostly targeting catholic priests.

Barely two weeks ago, Reverend Father Vitus Borogo was killed and his brother abducted by bandits while working on his farm. He was laid to rest last week in the state capital.

Other catholic priests were also kidnapped in Katsina, Edo among other states between last month and now, amidst rising spate of attacks on Christian community by the hoodlums in recent times. 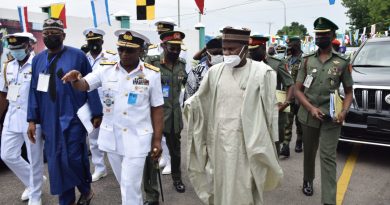