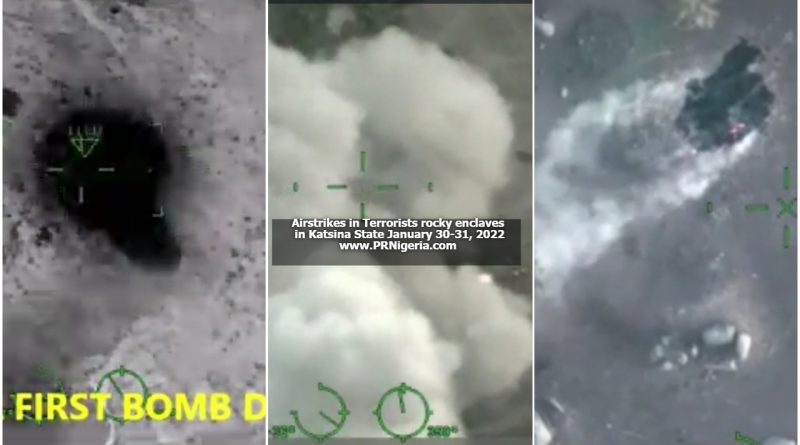 Sustained airstrikes on terrorists’ enclaves in the Northwest by a Nigerian Air Force (NAF) aircraft, have killed high-profile terrorists’ leaders and their foot soldiers in Katsina State.

PRNigeria gathered that the airstrikes, executed by the NAF aircraft at Ilela community in Katsina State on Sunday, led to the elimination of several terrorists belonging to the camps of Gwaska Dankarami and Alhaji Abdulkarami, two notorious terrorists’ leaders.

The eliminated terrorists were behind a series of attacks around Safana and Dan Musa Local Government Areas of Katsina State.

The strikes were executed after NAF platforms obliterated a rocky cave on the outskirts of Ilela Village, where the terrorists usually retire to and use as safe haven after carrying out attacks on innocent citizens.

An intelligence source confirmed the success of the airstrike that killed scores of terrorists.

“Upon receiving reports of incessant terrorists’ attacks on villages around Safana LGA, especially in Ilela Village where about 12 persons were recently killed and others chased out of the village, the air component of Operation Hadarin Daji deployed Intelligence, Surveillance and Reconnaissance (ISR) aircraft to unravel the modus operandi of the terrorists.

“Footages by the ISR platform revealed significant terrorists’ activities in some rocky hills about 1.5 Km Southwest of Ilela and South of Rubu Villages. Further scrutiny of the footage revealed armed terrorists on 19 motorcycles riding along multiple tracks leading into a cave within the rocky hills.

“It was thus evident that footages corroborated earlier Intel from other sources around the location of the rocky cave.

“Accordingly, the Air Component of OPHD dispatched a fighter jet and helicopter gunship in an air interdiction mission to exterminate and infuse maximum casualty on the bandits as well as destroy their enclaves,” he said.

A domestic intelligence operative working with locals told PRNigeria that scores of terrorists were killed during the airstrikes.

“The aircraft engaged fleeing terrorists on motorcycles with bombs in rocky enclaves. At least 43 dead bodies of terrorists were counted within the vicinity including that of Alhaji Shingy, a brother of killed bandit leader Auta

“Several fighters inspired by terrorists’ leaders Dankarami and Abdulkarimu suffered maximum casualties with their logistics and motorcycles demolished during the airstrikes.

When contacted, the NAF Director of Public Relations and Information, Air Commodore Edward Gabkwet told PRNigeria that strikes against terrorist elements will continue for as long as they continue to pose threats to peace-loving Nigerians

“With the level of coordination and cooperation among the services and other security agencies, Nigerians should not be surprised with the high level of successes being recorded through precision strikes aimed at eliminating key terrorists and their foot soldiers.

“We assure Nigerians of the commitment of the air and land components as well as other security agencies towards restoring normalcy in the Northwest and Northeast Regions,” Gabkwet concluded 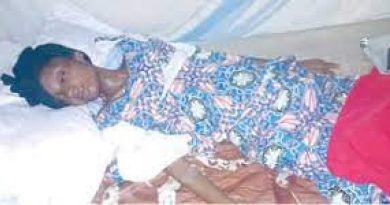 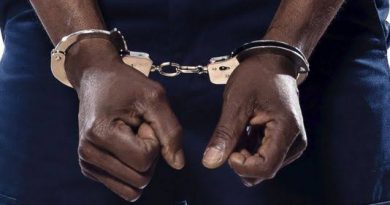