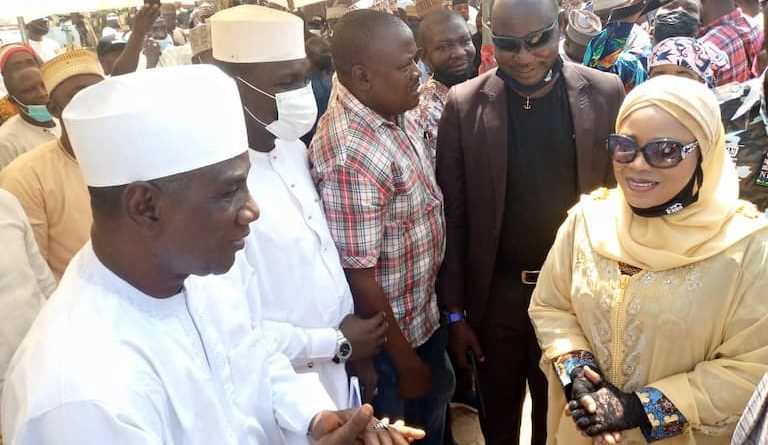 The Minister of State for the Federal Capital Territory (FCT), Hajiya Ramatu Tijjani Aliyu, was booed during the presentation of certificates to elected area councils chairmen on Friday.

The Resident Electoral Commissioner in the nation’s capital, Alhaji Yahaya Bello, presented the certificates at a ceremony attended by top politicians.

Tijjani’s speech was disrupted by some party supporters when she advised the Independent National Electoral Commission (INEC) to devise an alternative where people will vote manually if there are technical glitches.

There were complaints of INEC BVAS malfunctioning during the last Saturday’s council election.

The minister attempted to pacify the aggrieved crowd but they shouted her down as sounds of “Ba ma so’, meaning “We don’t want”, rent the air.

Senator Philip Aduda, representative of the FCT at the National Assembly, stormed out of the venue in anger.

Security personnel at the venue were unable to control the rowdy party supporters.

The minister, who later dropped her microphone, went round to exchange pleasantries with some dignitaries before leaving the venue.

The INEC REC later presented the certificates of return to the chairmen of AMAC, Kwali, Gwagwalada, Bwari and Kuje area councils.

Bello, while congratulating the elected chairmen, urged stakeholders to partner with INEC in order to ensure smooth elections in 2023.

He also called on party leaders and stakeholders across the FCT to sensitise their people on the need to collect their voters card.

Daily Trust observed that the chairmen of APC and PDP in the FCT, Alhaji Abdulmalik Usman and Sunday Zaka, were not present at the occasion.

Osinbajo’s RCCGification Part of Plot for Theocratic State Capture, By Farooq A. Kperogi