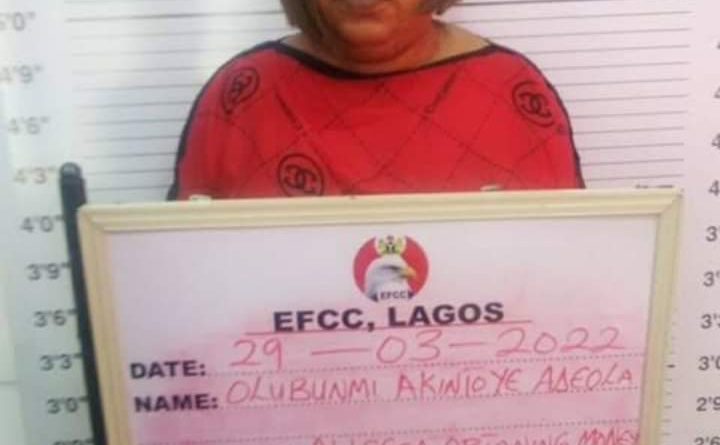 Justice A.O.Okunuga of the Lagos State High Court sitting in Ikeja, Lagos has granted bail to a businesswoman, Olubunmi Akintoye Adeola, who is being prosecuted for an alleged N233m fraud, in the sum of N400m.

The Lagos Command of the EFCC had, on Wednesday, May 25, 2022, arraigned Adeola on a 12-count charge bordering on stealing and possession of fraudulent documents to the tune of N233, 000,000 (Two Hundred and Thirty-three Million Naira).