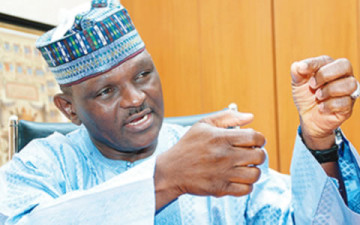 Retired Maj. Hamza Al-Mustapha was born on July 27, 1960 and was educated in Nguru, Yobe. He enrolled at the Nigerian Defence Academy in Kaduna and was commissioned into the Nigerian Army in 1983.

Al-Mustapha was trained as a military intelligence operative. He held various command posts in the Security Group of the Directorate of Military Intelligence (SG-DMI), 82 Division and Army Headquarters and Ministry of Defence among others.

From August 1985 to August 1990, Al-Mustapha was Aide-de-camp (ADC) to Chief of Army Staff, late Gen. Sani Abacha, who eventually became the military head of state in 1993.

He served as Abacha’s Chief Security Officer from 1993 until his sudden death on June 8, 1998. Following his death Al-Mustapha assembled the military hierarchy in order to avoid a succession crisis. Gen. Abdulsalam Abubakar emerged as head of state on June 9,1998 and Al-Mustapha was removed from office and subsequently arrested.

After his arrest, Al-Mustapha was first held and questioned during the Oputa panel, then accused of plotting at least four coups from prison, before being moved to the Kirikiri Maximum Security Prison, where he was detained for over some years.

Al-Mustapha relocated to Kano after his release before joining politics in 2017 when he founded the Green Party of Nigeria (GPN).

In 2019, he emerged as the presidential candidate of the Peoples Party of Nigeria (PPN) but couldn’t make much impact at the election.

He scored 506 votes to beat his only opponent, Chief Samson Odupitan, who polled 216 votes at the party’s primaries in Abuja.

Four aspirants began the contest, but two of them, Mr Tunde Kelani and Chief Osakwe Johnson, stepped down for Al-Mustapha shortly before the election, which was conducted using the option A4 formula. 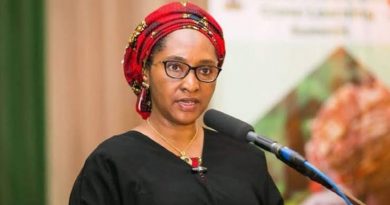 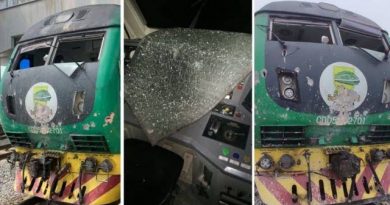